Built in 1966, the old No. 1 Fire Station in downtown Nanaimo, B.C., is slowly being demolished to make room for the newly constructed fire station.

Due to the close proximity of the old tower to the new fire station, the demolition had to be well executed.

Demo crews made relief cuts halfway up the tower, fastened cables around it and pulled it down using two excavators.

"It was described to me like almost felling a tree," added Doyle. 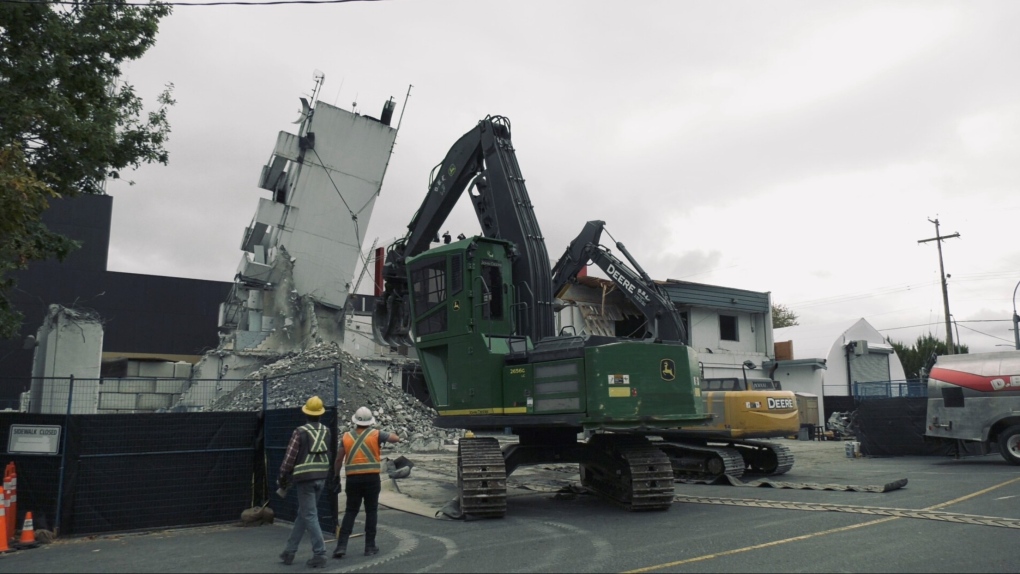 Once the old fire station is completely demolished, it will be paved and used as the apron for the new station where firetrucks can respond to calls.

Firefighters from the No. 1 Fire Station moved into the new hall late this summer and have a temporarily constructed firetruck bay to respond out of.

The new No. 1 Station is also the new headquarters for Nanaimo Fire Rescue management personnel as well.

The new fire hall is expected to be fully complete by the end of the year, with a grand opening ceremony happening after.

The entire project is estimated to cost $20-million.