Cargo ship that caught fire and lost containers off Vancouver Island to dock in Nanaimo, B.C.

The Zim Kingston cargo ship, which lost containers and suffered a fire off Vancouver Island in late October, is finally set to dock at a port.

The ship, which has been anchored off Constance Bank near Victoria since the incident, will dock in Nanaimo on Friday.

The Zim Kingston is scheduled to arrive at the Nanaimo Port Authority's Duke Point facility overnight Friday into Saturday morning.

It will be flanked by several other ships as a precaution on its journey to the port, including a Canadian Coast Guard vessel, two tug boats, a U.S. Coast Guard vessel for when it passes through American waters, and a marine mammal watch vessel and environmental monitoring vessel.

The ship will anchor off the port before coming alongside the facility, according to Nanaimo Port Authority president and CEO Ian Marr.

Only containers that were impacted by the onboard fire will be offloaded in Nanaimo.

Marr says about 60 containers in and around the burn site will be removed. A salvage plan specific to these containers is in place once they're on shore, he says. 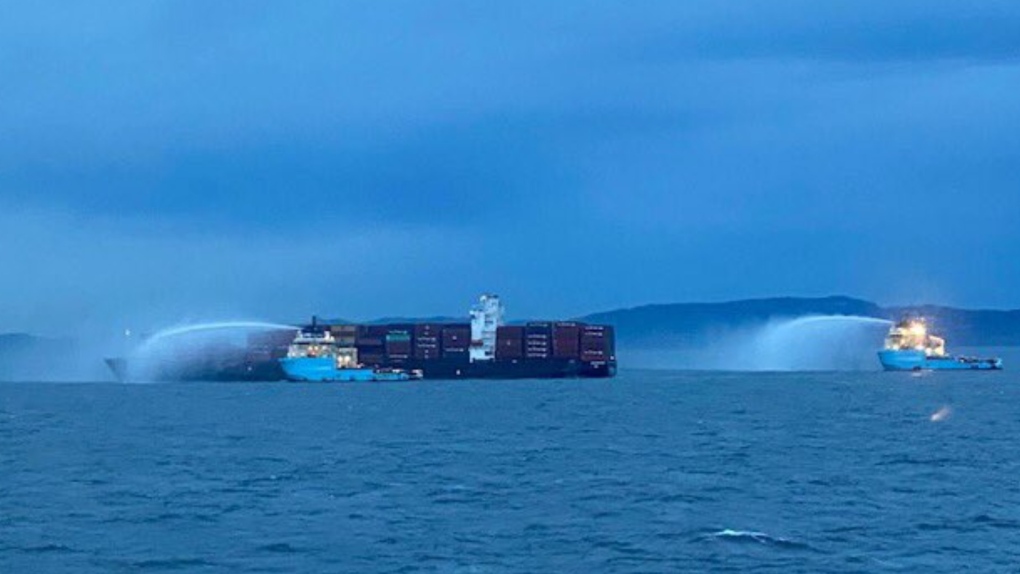 The port authority estimates that the unloading process will take about 10 days to complete, with most hazardous materials already removed or dealt with.

The Zim Kingston will eventually head to the mainland to be fully unloaded, according to Marr.

A total of 109 containers fell off the Zim Kingston when the ship was rocked by a storm on Oct. 22.

Some 105 of the containers are believed to have sunk, according to the Canadian Coast Guard, while the remaining four containers were found washed ashore on northern Vancouver Island.

Efforts have been underway to clear the debris and containers, and the Canadian Coast Guard says roughly 27,360 kilograms of debris have been removed as of Friday.

"The ship owner will continue to check the known accumulation sites for debris every few months and remove debris likely to be from the Zim Kingston," said the Coast Guard.

"The Canadian Coast Guard will also monitor for debris when conducting overflights in the West Coast Vancouver Island area."

Anyone who spots debris or container that appears like it came from the Zim Kingston is asked to call the Canadian Coast Guard at 1-800-889-8852. 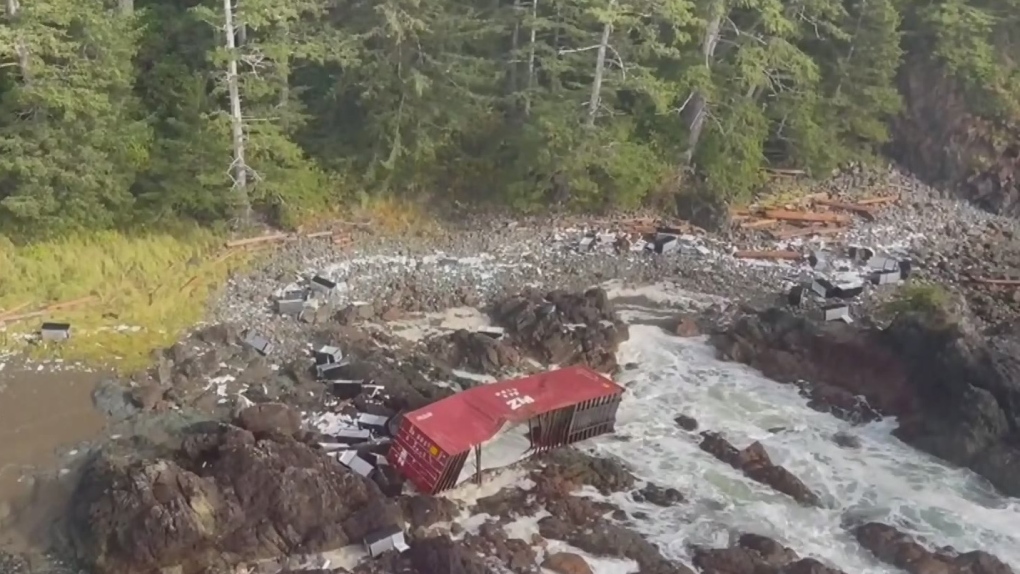