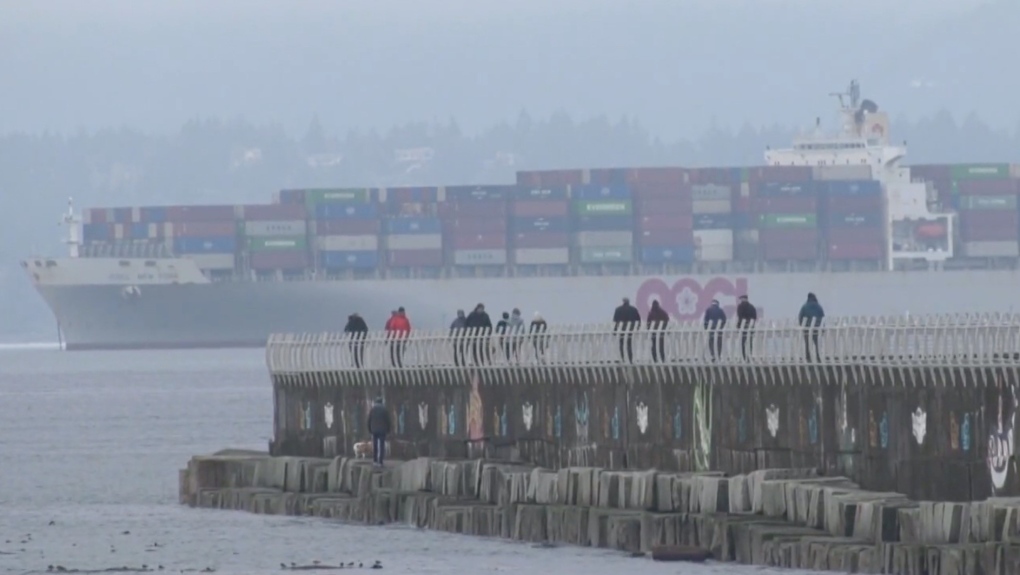 A massive cargo ship that docked in Victoria earlier this month has set sail after receiving some needed engine repairs.

The vessel, destined for Korea, ran into engine troubles before docking at the Ogden Point cruise terminal nearly three weeks ago.

"It’s hard to gauge the exact economic impact it’s had upon the city but obviously some work for long-shore workers, and the businesses that would have provisioned the ship,” said Greater Victoria Harbour Authority CEO Ian Robertson.

It’s the first time a cargo ship has docked at Ogden Point, and now the harbour authority hopes it won’t be the last.

“We’re always happy to see a ship of this size and nature come into this port. We have three deepwater berths and we are an ocean-going port,” said Robertson.

“Hopefully the experience for the agent and crew was supportive and positive, and hopefully we’ll see more ships like this in the future," he added.