People living in the Comox Valley are used to seeing military exercises and maneuvers, but perhaps not quite on the scale that's happening this week.

"This is a unique opportunity for us," said Col. Scott Raesler, Commander of 39 Canadian Brigade Group.

"We are conducting what we term joint operations, so it's the army training with the navy," he said.

Soldiers and sailors are being transported to the area on navy vessels based out of Esquimalt, B.C.

Troops were conducting two separate attacks on land targets during the exercise on Wednesday. 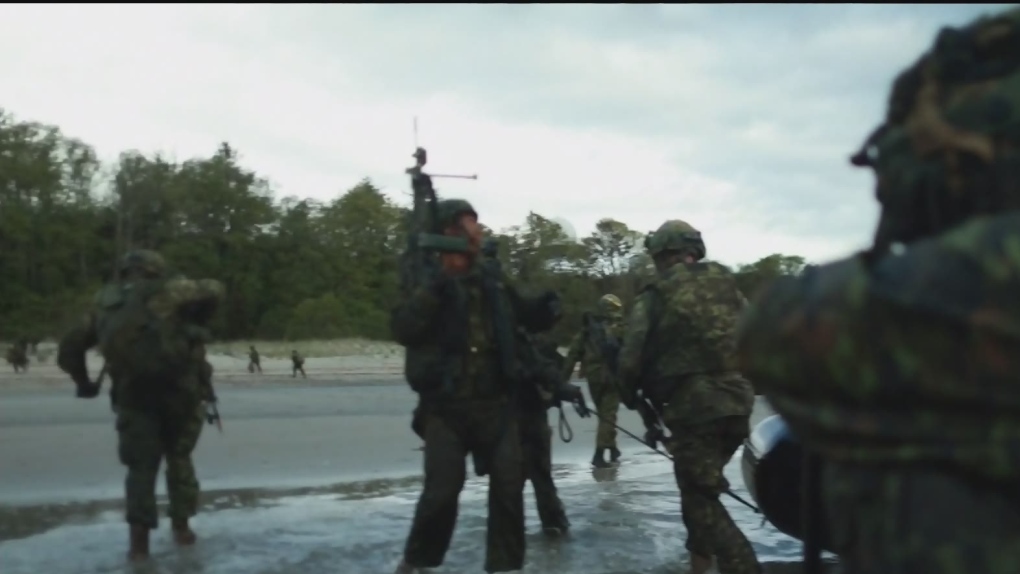 The exercise is being held in the Comox Valley area of Vancouver Island, B.C.

"It’s the first time we’ve done this with the navy in many, many years and both of us are walking out of this experience with a fantastic amount of learning that we would not have been able to do if we simply had operated as isolated services," said Raesler.

Hundreds of people are participating in the exercise, including 320 members of the 39 Canadian Brigade Group and 450 sailors.

"We had folks on our rigid hull inflatable boats driving the boats, and also we had rescue swimmers," said Cdr. Bryan Price, tactical command officer with the navy.

"Our divers are also trained as rescue swimmers in the event they needed to assist any of the people coming on shore today in the assault boats," he said. 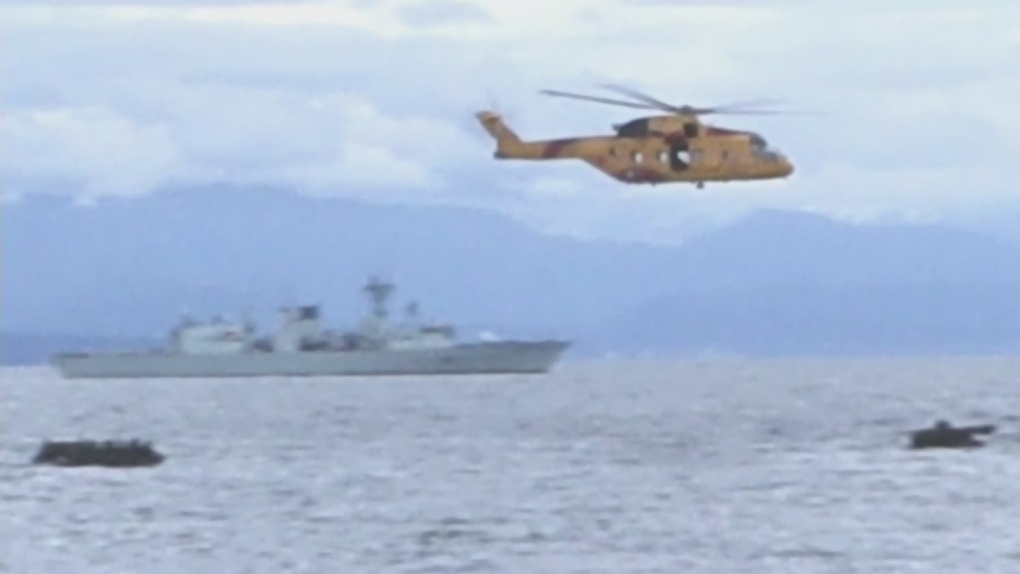 The exercise is being held in the Comox Valley area of Vancouver Island, B.C.

Those leading the exercises say the week has so far been a success, and even the air force is playing a role in training.

"Oh absolutely," said Price. "The sailors, I can tell you, they're all extremely excited to be here. We've got folks from St. Johns, Newfoundland, all the way to Victoria. It's outstanding."

The exercise was planned long before the invasion of Ukraine began, but now the training has taken on a new light.

"The war in Ukraine has basically woken up everybody in both the military and political communities that we need to be rethinking how we train for operations and ensure that we are ready to meet whatever contemporary operations basically involve," said Raesler.

Price added that recent events were a "reality check" for many.

"It’s always in the backs of our minds and this just gives a bit more of a reality check to that so that we know that these skills that we develop and we train can be used if necessary," he said.

The training is scheduled to continue for the rest of the week.

Police in Saanich, B.C., say they continue to investigate the possibility that a "third suspect" was involved in a fatal shooting at a bank that left two suspects dead and six officers injured Tuesday.