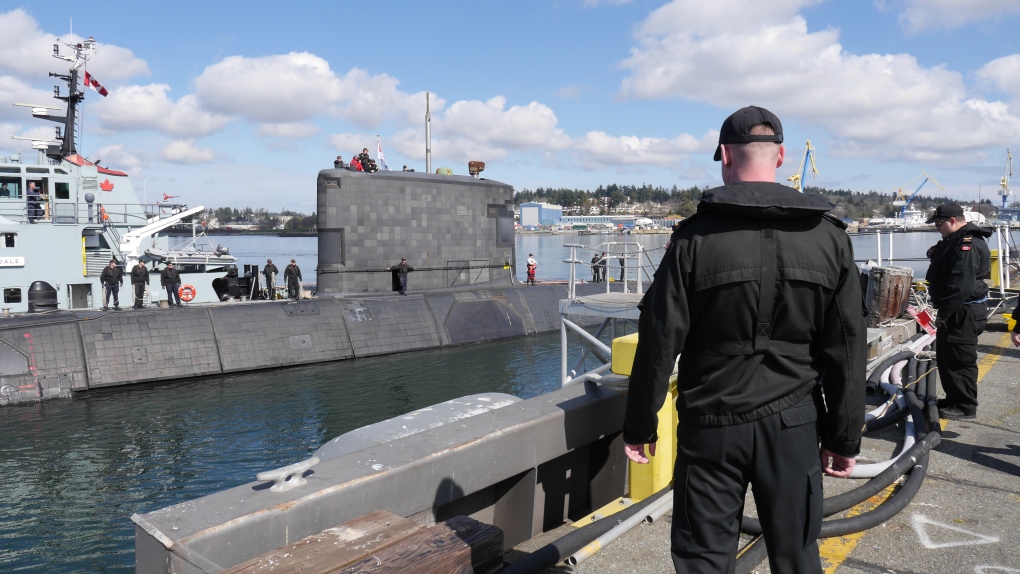 HMCS Chicoutimi at CFB Esquimalt after returning home from deployment in 2018. (CTV News)

The Canadian Armed Forces is not immune to the housing crunch on Vancouver Island.

In an email dated May 5, a senior officer at 19 Wing Comox told other military members that Habitat for Humanity may be able to help members with housing in the region.

"Further to our discussion this morning, one potential housing option for our folks is Habitat for Humanity," reads the email.

"Should this be of interest to any of your personnel, please have them review the information located here."

The military has been quick to point out that the email was suggesting Habitat for Humanity as just one resource for military members to consider if they are having trouble finding housing on the Mid-Island.

While there, Anand said that the federal government was looking to support military members, and that it was putting forward an interim relocation policy.

"In terms of military members and their families who make incredible sacrifices to serve Canada, we will continue to take steps to ensure they are supported," she said.

'THOUGHT IT WAS A JOKE'

The owner of a Comox Valley real estate firm says while the market is the tightest he's seen in his 44 years in the industry, he was quite surprised to hear the Habitat for Humanity idea.

"I honestly thought it was a joke," said Gregg Hart, managing broker and owner of Comox Valley Royal LePage.

"You know, Habitat for Humanity is for those people who have a very low income," he said. "It's a charity-based thing and [participants] put in hours of work to benefit from it. So I was very surprised."

Other bases on Vancouver Island are also seeing wait lists for military-owned housing.

Canadian Forces Base Esquimalt has 709 residential housing units, with 193 people registered on a priority-one waitlist, and 492 more people on a priority-two waitlist.

The priority-one waitlist is reserved for regular military members, reserve force members who are employed full time on at least a six-month contract, or foreign military or exchange personnel.

Priority-one also means these applicants have been authorized to move to a new location at public expense.

The priority-two waitlist is for regular military members or reserve members employed full-time for at least six months who live in the area but have applied for military housing, including members who are currently living in military housing but who wish to change units due to family size.

Priority two applicants are not considered until all priority one applicants have been accommodated, according to the Department of National Defence.

Approximately 15 per cent of all armed forces personnel live in military residential housing, according to the DND.