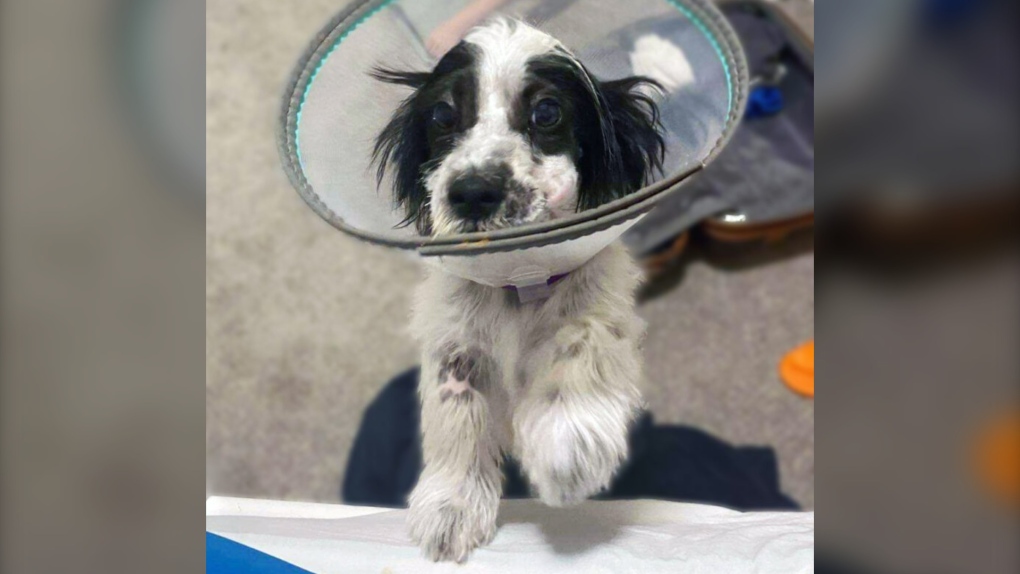 Daryl the puppy is shown: (BC SPCA)
Victoria -

The BC SPCA is looking for donations to help support a seven-month-old puppy that was attacked by a larger dog on Vancouver Island.

On Friday, the SPCA said that Daryl, a Shih Tzu-English Springer Spaniel, was surrendered to the Campbell River SPCA branch for a broken jaw and other injuries suffered in the attack.

Daryl was given over to the SPCA because his owners could not pay for the emergency treatment that he required, according to the SPCA.

"His recovery is expected to take at least three or four more weeks," she said in a release Friday.

Despite being attacked at just seven months old, the SPCA says Daryl is still in high spirits.

"His foster family has nothing but positive things to say about him," said Arkwright.

"Daryl still loves other dogs, he gets along with cats and children," she said. "He hasn’t let this incident slow him down – he is a wonderful little dog and will be an amazing candidate for adoption once healed."

To find out further information, or to make a donation, visit the BC SPCA website here.

The SPCA says that Petsecure Pet Health Insurance will match up to $2,000 in donations for Daryl's medical fees.