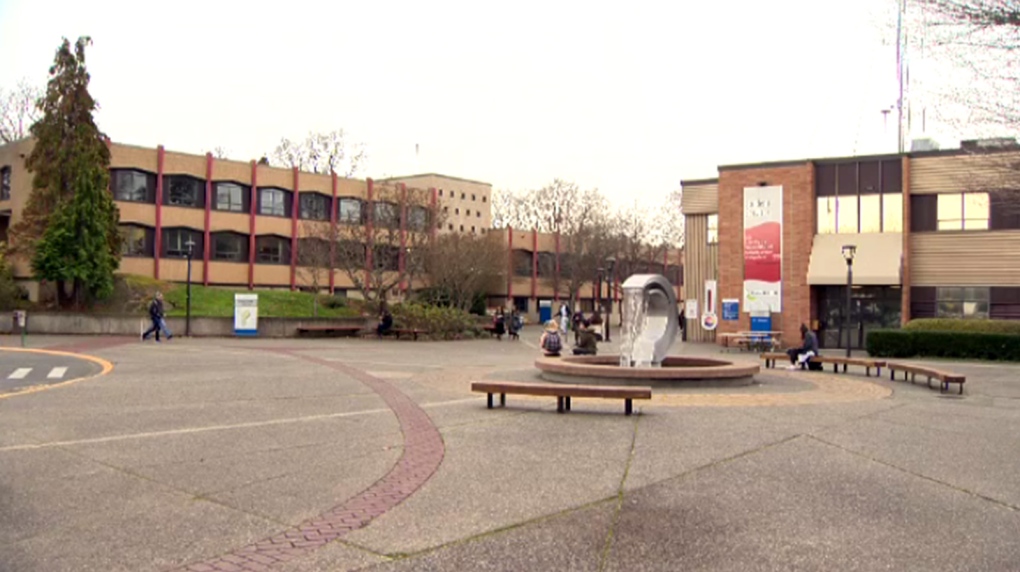 The campus of Camosun College is shown in this Nov. 24, 2016 file photo. (CTV Vancouver Island)

CTV News has learned that a Camosun College instructor is no longer in the classroom and under investigation following an overseas class trip.

Administrators at the Victoria college confirmed an investigation is underway after a student made a complaint, but wouldn’t comment on any details, including what the teacher is accused of.

“Camosun College has received a student complaint. We have taken that complain seriously and began an investigation which is being conducted by an external party in order to ensure an unbiased and fair process to all those involved,” the college said in a statement.

“The investigation needs to be conducted with a high level of respect for the integrity of the process and for the privacy of all those involved including our students, and because of this we cannot comment further.”

Students in the nursing class also confirmed the investigation, saying they were asked to sign confidentiality agreements as part of the process.

The class had travelled to the Philippines in April 2016.

After returning from the trip, the investigation into the teacher began, and students on the trip were informed of it in late August.

One student who spoke with CTV News said the investigation is linked to something that happened on the trip.

Saanich police haven’t been contacted in regards to the investigation, and said without knowing what it’s about, it’s impossible to know whether it should be handled as a police issue.

With a report from CTV Vancouver Island's Chandler Grieve.