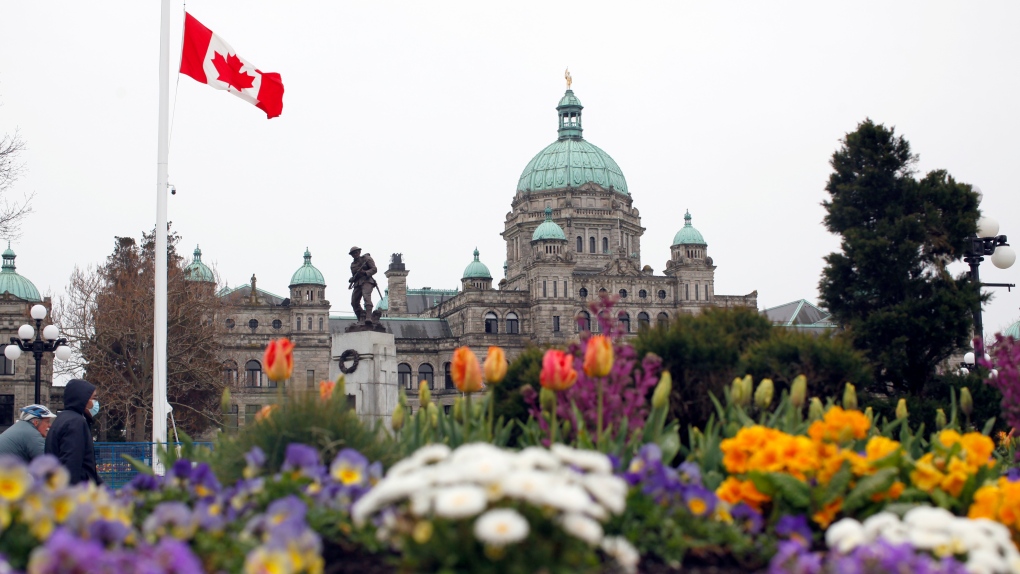 The B.C. Legislature is seen on April 9, 2021. THE CANADIAN PRESS/Chad Hipolito
Victoria -

The B.C. government has appointed a new sergeant-at-arms in the legislature nearly three years after the former officer in the assembly was suspended.

It says Robitaille retired as the deputy chief with the Calgary Police Service in 2019.

Gary Lenz, the former sergeant-at-arms, was put on administrative leave in November 2018, then retired in 2019.

Lenz was suspended along with legislature clerk Craig James, who has pleaded not guilty to five charges, including breach of trust and fraud, related to spending at the provincial legislature, and he'll face trial next year.

Lenz always denied wrongdoing and the prosecution service said in August that he would not face charges.

This report by The Canadian Press was first published Oct. 18, 2021.