Saanich police say they're upping enforcement at the University of Victoria following a trend in large weekend parties, including the largest one police say they've ever seen over the Halloween weekend.

"These gatherings have been ongoing since the start of September – every weekend," said Const. Markus Anastasiades of the Saanich Police.

He says up to a 1,000 people have been seen at these parties, including one that occurred on the Halloween weekend. 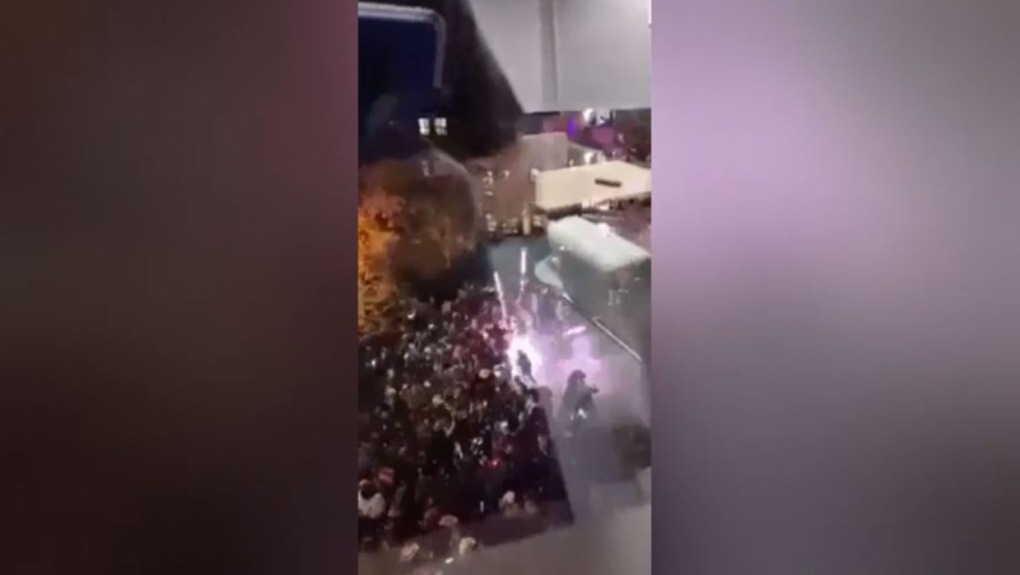 A firework explodes near a crowd at UVic: (Submitted)

"I did walk through from the bus stop where I live and they had managed to light the sidewalk on fire," said one young man who was at the UVic campus Tuesday.

Police say one person was arrested over the Halloween weekend and charges are being considered. Another person sustained minor injuries during a fight while several underage youth required medical attention.

"Disorderly conduct has been escalating over the past few weeks, to the point now that we're concerned someone's going to be seriously injured," said Anastasiades.

A video from the first weekend of the fall semester shows a person jumping from the top of a walkway onto a crowd. 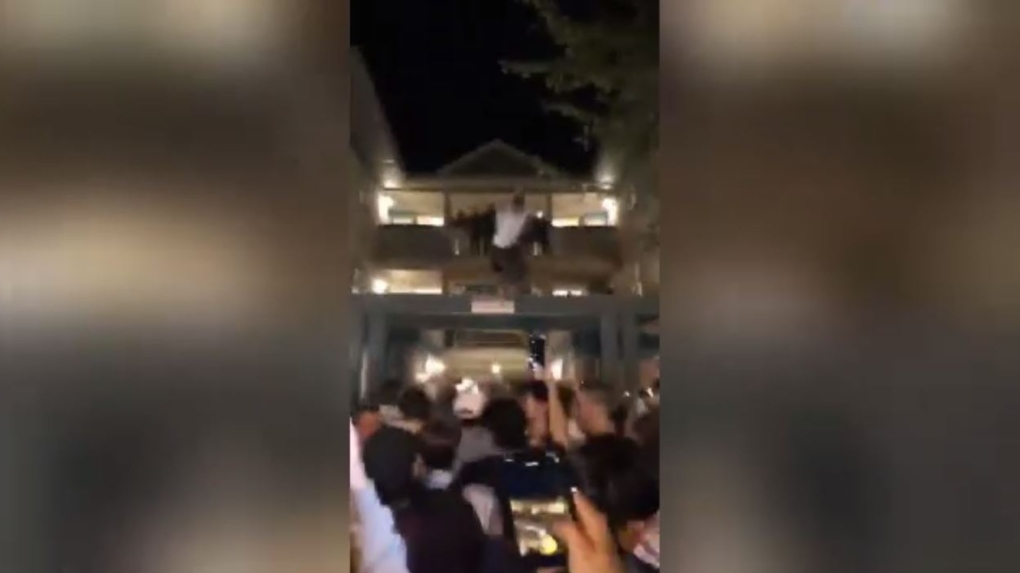 A screenshot from the video of the man jumping during the first weekend of the fall semester is shown: (Submitted)

In a statement Tuesday, the police department said that it was not uncommon to see "disorderly conduct that verges on the brink of rioting" at weekend events.

In a statement, the University of Victoria said many of the people at the Halloween party were not students of UVic.

Police agree, saying that some students of nearby high schools are believed to attend the events.

Moving forward, Saanich police say they will introduce "proactive roadblocks and roaming foot patrols" at the UVic campus during the weekends.

"Police will be enforcing the Trespass Act, Liquor Control and Licencing Act, and any other statute that applies to those who are not lawfully permitted on campus and in contravention of these and other relevant laws," said the police department.

"Saanich Police appreciate the University of Victoria’s cooperation in ensuring public order and safety is restored while keeping everyone safe in a peaceful and respectful learning environment."