BC Transit hopes to curb cancellations after Victoria hiring fair

BC Transit says a recent hiring fair will help address route cancellations that are being seen in the Victoria area.

In recent weeks, the company has posted hundreds of cancellations in Greater Victoria, largely because of a lack of drivers.

Over the weekend, BC Transit says it hosted an employment fair, which led to 26 interviews for drivers and mechanics.

Over the next month, the company says it will add 17 new drivers to the Victoria Regional Transit System.

"We're not just trying to meet 100 per cent of service here at BC Transit, we would like to increase service," said BC Transit spokesperson James Weiss.

"So as we continue to hire more operators we'll be able to accommodate that and continue to provide more reliable service for all our customers in Greater Victoria," he said.

BC Transit says the worker shortage is focused in Greater Victoria, with service being unaffected in other parts of Vancouver Island. 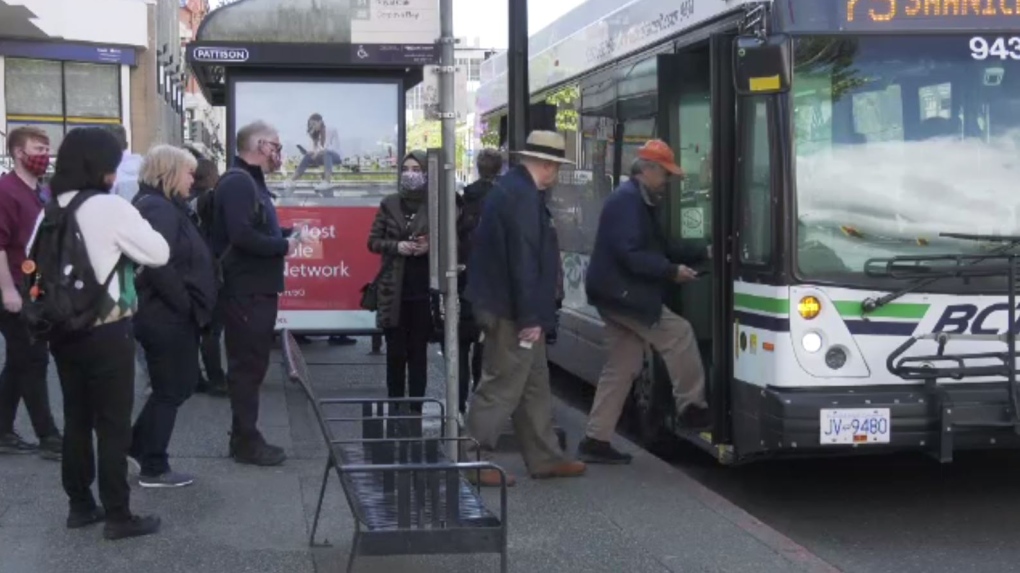 A BC Transit bus is pictured in downtown Victoria. (CTV News)