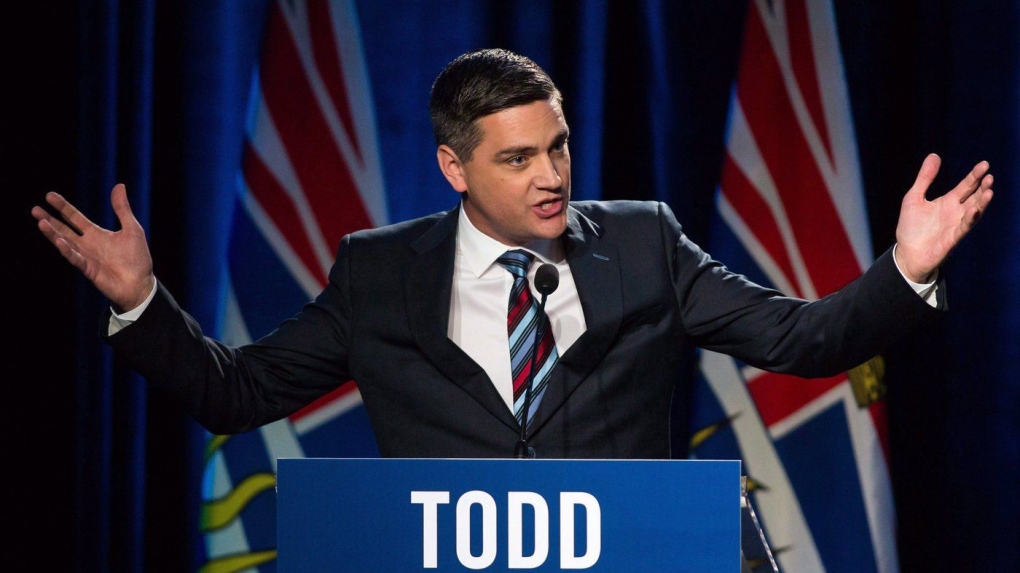 Todd Stone speaks during a BC Liberal Leadership debate in Vancouver, B.C., on Tuesday Jan. 23, 2018. (THE CANADIAN PRESS/Ben Nelms)

A call by the Opposition BC Liberals to freeze provincial politicians' salaries as a show of solidarity with people struggling to make ends meet during inflationary times has found some traction with the New Democrat government.

Members of the legislature could be in line for a salary increase in April of 10 per cent or more, amounting to raises of at least $10,000, Liberal house leader Todd Stone said Thursday.

He said he would table a private member's bill this month in the legislature that proposes a one-year salary freeze to show the people of B.C. that politicians understand the economic sacrifices families are making across the province.

“I would point out that in dollar terms the wage increase for MLAs this year could be upwards of $10,000, $11,000 if the (consumer price index), which the wage increase is tied to, is in the 10 per cent range,” said Stone.

B.C. MLA salaries are tied to changes in the consumer price index, which currently is at about eight per cent in the province.

He said the New Democrats and BC Liberals have both implemented pay freezes in the past.

Farnworth would not commit to a pay freeze, but said the issue would be part of discussions surrounding the provincial budget, which will be tabled in February.

“The finance minister has already raised with me that given this year's inflation rate, this is obviously something that we would need to be looking at,” he said.

Finance Minister Selina Robinson did not immediately indicate if the government would support Stone's bill, but said in the legislature the New Democrats have been implementing cost-saving measures including free bus services for children under 12 years, child-care fee cuts and capping rent increases at two per cent.

This report by The Canadian Press was first published Oct. 6, 2022.