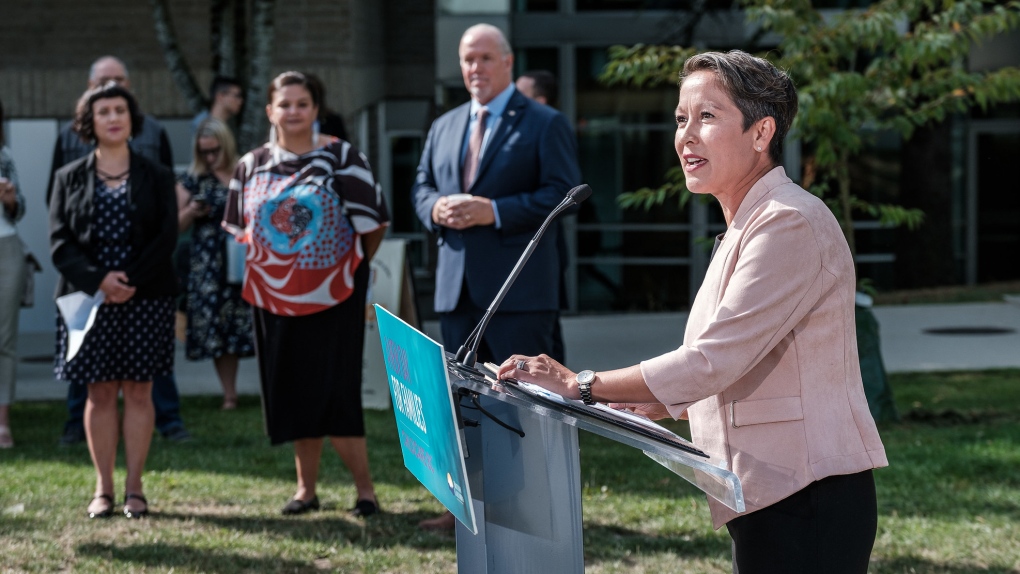 In a brief statement, John Horgan said Minister of Tourism, Art, Culture and Sport Melanie Mark "advised me of her decision to resign her cabinet portfolio and go on medical leave to focus on pressing and urgent personal matters."

Mark will continue to represent the riding of Vancouver-Mount Pleasant in the legislature.

Horgan said he has asked Lisa Beare to assume the tourism portfolio in addition to her role as minister of citizens’ services.

"While I regret that she [Mark] will not be at the cabinet table, I respect her decision and her commitment to her constituents," the premier said.

Mark was the first Indigenous woman to become an MLA in B.C. after she was elected in the Vancouver-Mount Pleasant riding in 2016.

Before working as B.C.'s Minister of Tourism, she held the position of Minister of Advanced Education, Skills and Training.

During that time, she helped develop a policy that removed all fees for people accessing Adult Basic Education.

She also helped launch the world's first Indigenous Law Program at the University of Victoria in 2018. The inaugural class of that program graduated in June of this year.

In her biography on the B.C. Legislative Assembly website, Mark is quoted saying that education is "the great equalizer" and that she often references the saying, "a rising tide lifts all canoes."

"I value my role and remain committed to the constituents of Vancouver-Mount Pleasant,” Mark said on Twitter just before noon Wednesday.

"I thank my family and colleagues for their support at this time."

Former President Jiang Zemin, who led China out of isolation after the army crushed the Tiananmen Square pro-democracy protests in 1989 and supported economic reforms that led to a decade of explosive growth, died Wednesday. He was 96.