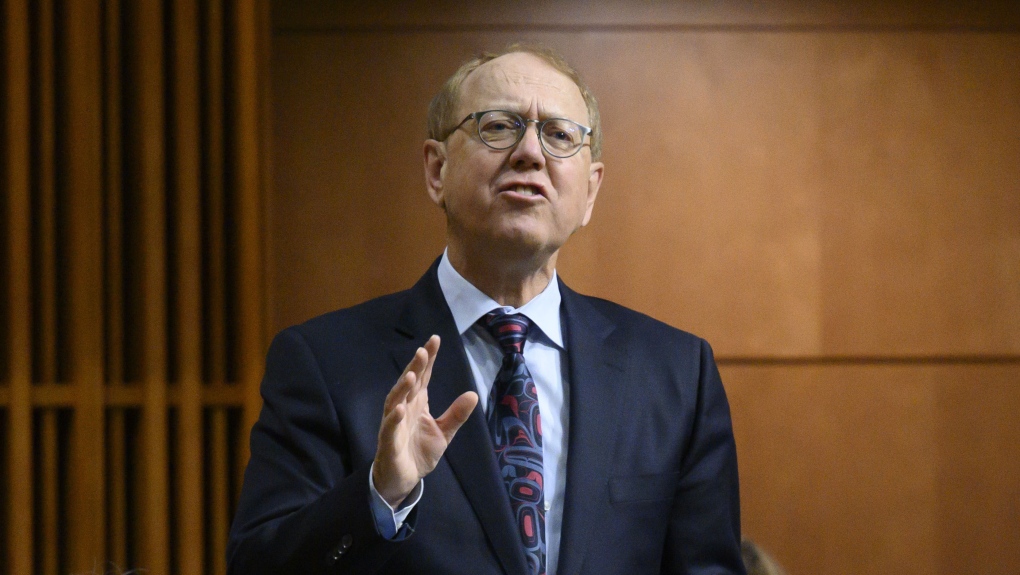 NDP MP Murray Rankin stands during question period in the House of Commons on Parliament Hill in Ottawa on Friday, Feb. 22, 2019. (THE CANADIAN PRESS/Sean Kilpatrick)

The B.C. government says it will transfer more than 2,000 hectares of land back to a Vancouver Island First Nation amid ongoing treaty negotiations.

A total of 2,276 hectares of land will be returned to the Wei Wai Kum First Nation in the Campbell River, B.C., area under an incremental treaty agreement (ITA).

The benefits to the First Nation are two-fold, according to the province. The land can be used for forestry and economic purposes, and for environmental and cultural activities.

"Crown lands were carefully selected to balance support for Wei Wai Kum’s interests and maintenance of public access to popular recreation sites such as Loveland Bay Provincial Park and areas required for BC Timber Sales operations," said the province in a release Thursday.

Wei Wai Kum has been negotiating its treaty with the province since 1997. Discussions about this particular land transfer begin in 2019.

"This agreement and transfer of land back to our Nation is a significant milestone in the treaty negotiations process and ongoing journey of reconciliation," said Wei Wai Kum Chief Chris Roberts in a statement.

Roberts noted, however, that it has taken 25 years of treaty negotiations to make the land transfer possible.

The chief says Wei Wai Kum will now manage the land and its natural resources with an eye towards economic, environmental and recreational benefits.

Wei Wai Kum currently has 850 members and reserve lands spread across mid-Vancouver Island and Discovery Island, according to the province.

"Treaties are one of the most important pathways to reconciliation," said Murray Rankin, B.C. Minister of Indigenous Relations and Reconciliation.

"Wei Wai Kum and B.C. have made great strides and built trust while negotiating a final treaty, including ensuring the benefits of the treaty are able to flow to Wei Wai Kum more quickly through this ITA," he said.