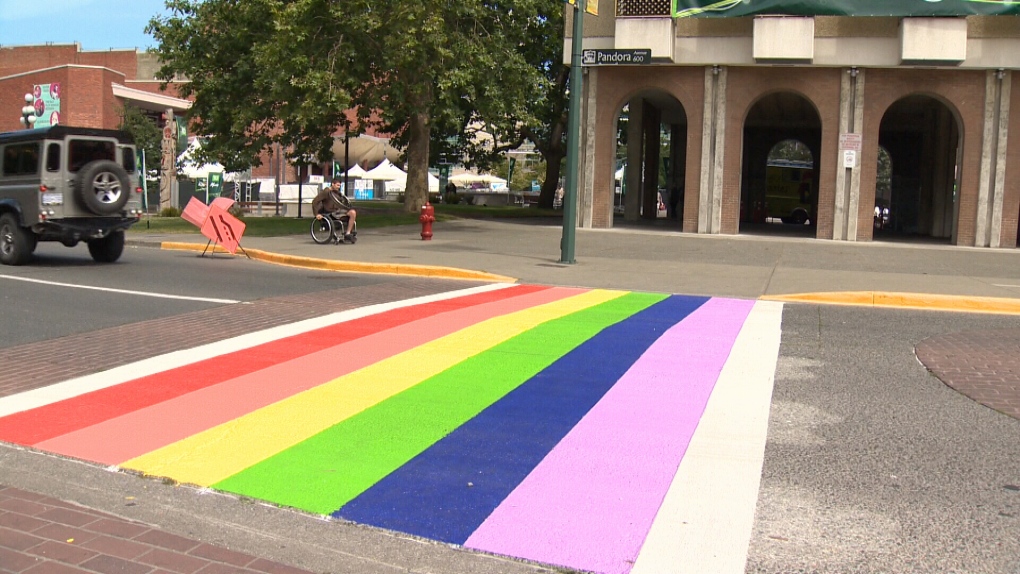 The Ministry of Transportation and Infrastructure is still working on its policy regarding road markings for pedestrian crossings, including rainbow crosswalks.

The Sounder checked in with the ministry (MOTI) in June after previous outreach in November 2021. At that time, MOTI said it was drafting a policy on such road markings and that once an approved policy was in place, it would be in a position to work with local partners to discuss locations for markings such as rainbow crosswalks.

“Rainbow crosswalks, which are a visual symbol of a community's valuing of diversity and inclusion, have been installed in many different communities across our region,” Craig wrote. “While this is a choice made by our neighbouring municipalities, as an electoral area, we rely on the Ministry of Transportation and Infrastructure for road management.”

Nine months later, MOTI says it is continuing to engage with stakeholders to develop a policy on multi-coloured pedestrian crossing markings and expects the work to be complete later this year.

Given the policy is still in the works, Craig told the Sounder she is exploring alternative options.

“If we do a crosswalk on the Village Way Path, where we already have a management agreement, and it doesn't cross a road, that sounded acceptable to MOTI,” Craig said in May. The director is considering the possibility of a rainbow crosswalk that crosses a driveway, rather than a roadway, but said no official plan has been launched yet.

Salman Rushdie, the author whose writing led to death threats from Iran in the 1980s, was attacked Friday as he was about to give a lecture in western New York.