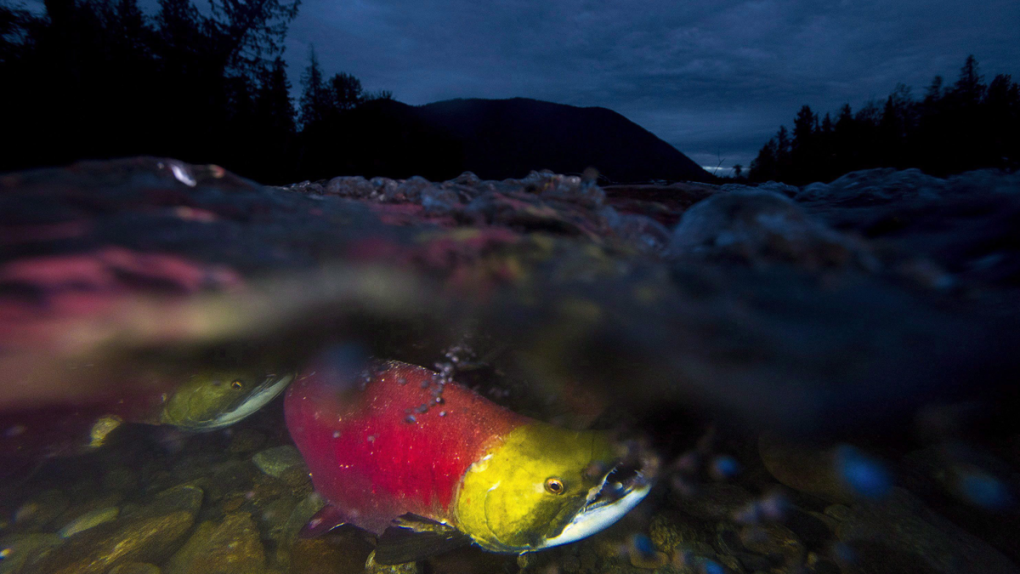 We’re used to seafood cooked in a pan or barbecue, but researchers say new findings show many ocean species could be heated to death in the ocean.

A new report led by researchers at the University of British Columbia shows scientists have been underestimating the effects of climate change on our oceans and the creatures that dwell within them.

The report shows extreme heat events, such as the B.C. “heat dome” in June have not been properly considered.

According to the Changing Oceans Research Unit, 77 per cent of all global sea life could decline in the coming decades.

It also found that half of B.C.’s iconic salmon species could be wiped out by 2050.

"Writing has been on the wall now for many years of the lowered levels in our fish-bearing streams and increased temperatures,” said Richard McBride, general manager of the Finest At Sea seafood market in Victoria.

Seafood producers say they have always faced an uphill battle with government restrictions and shrinking catch allotments, and when adding a worsening climate future, their lives become even more difficult.

"Worse and worse every year,” said McBride. “It's getting bad.”

Researchers say their findings will significantly impact the fishing industry, coastal First Nations and communities which rely on the sea.

While the report focused on the future impacts of sea life, an island industry may already be playing the role of canary in the coal mine.

According to the organization based in Courtenay, B.C., most producers suffered between 30 to 70 per cent mortality after the blazing sun cooked shorelines.

The heat wave also coincided with a low tide.

"Unfortunately, we understand that we can expect these events to happen more frequently and be more intense,” said Jim Russell with the Shellfish Growers Association. “Not good news for shellfish.”

UBC researchers say if we want to avoid their shocking, and not so distant predictions, two things need to happen.

Government must be able to implement local and up-to-the-hour fishing restrictions to save at risk species. And, the entire planet needs to focus on reducing climate change impacts, which are helping to heat oceans.