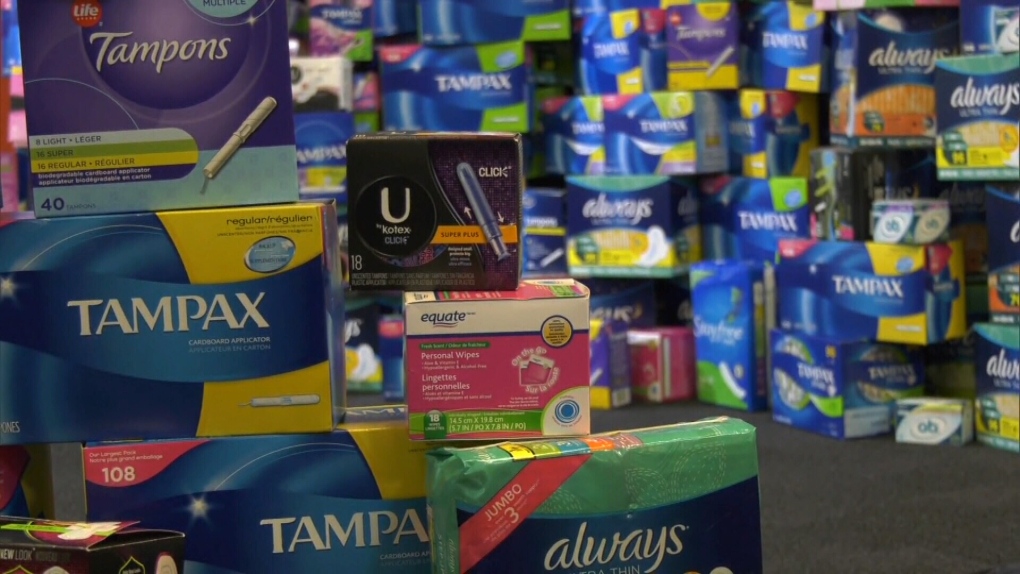 Menstrual products are seen in this file photo.

The British Columbia government says it is providing $750,000 to expand access to free menstrual products for people who need them and to help the United Way establish a task force to consider how to end “period poverty.”

Nicholas Simons, the minister of social development and poverty reduction, says half of the people who menstruate in B.C. have struggled to buy the products they need at some point in their lives.

He told a Friday news conference that no one should have to stay home from work or school or choose between hygiene and essentials like food.

He says previous research has shown that limited access to menstrual products means people are likely to stay at home, and the task force will look at where the most effective locations might be to make products available.

Neal Adolph with the United Way says half of the funding that's intended to last for two years will go to the task force and the other half will support the organization's work to increase access to menstrual products across B.C.

The period poverty task force is due to provide a final report in March 2024.

The task force will be chaired by Nikki Hill, who has previously worked on a provincially funded research project with the United Way looking at the impacts a lack of access to menstrual products can have on a person's life.

“Before we started some of this work, we had no idea what a common problem it was for people in our communities,” Hill told the news conference.

The task force will look at creating equity for those people, she says.

Students have had access to free menstrual products in the washrooms of B.C. public schools since 2019, the Ministry of Social Development says.

This report by The Canadian Press was first published May 27, 2022.

A Dalhousie University team of scientists — in a joint venture with a company called Planetary Technologies — is now in the next phase of their research to use the power of the ocean to one day reduce the world’s carbon levels.

The abortion decision in the U.S. marked the apex in a week that reinforced former U.S. President Donald Trump's ongoing impact in Washington more than a year and a half after he exited the White House.