A Vancouver Island man became a festival legend after he delivered a stack of pizzas to festivalgoers attending Burning Man in Nevada's Black Rock Desert this summer.

"I had some people say I 'won Burning Man' for this, if that's even possible," Brandon Baker told CTV News.

Anything is possible at the nine-day festival, known for its boundless creativity and giant mechanical art pieces in the middle of nowhere.

You often hear tales of dusty debauchery and drugs from festivalgoers, but that's not Baker's story.

"I was very clear on the, 'I won't be trying any substances while down there,'" he said.

Baker is an engineer and a pilot, and along with a clear head he packed his pilot's licence and log book for the trip.

About a week into the trip he met some other pilots and one of them had intriguing news.

"One guy even has a plane down here," Baker recalled.

After receiving a reference letter from the Victoria Flying Club, Baker busied himself treating Burners to a bird's eye view of the festival.

The Burning Man festival is pictured by plane. (Submitted)

"People love it because they get to see Burning Man from the air," he said.

But those aren't even the heroics he became known for.

You don't go to Burning Man to eat and there's very few options around. But Baker had a pie in the sky idea.

"Maybe we should order pizza and bring it back to Burning Man," he said.

The ultimate party pizza run included a 35-kilometre flight to the town of Lovelock, Nev.

"The airport code to the southern town is L-O-L," said Baker.

It was a laugh out loud response from the pizza joint, which normally doesn’t deliver to the airport.

"They said, 'I think we could make an exception for that,'" said Baker.

It was precious cargo, and like a mirage in the desert, Baker delivered.

It wasn't exactly pretty, though.

"It barley fit through the cargo door," he explained. "We had 10 pizzas stacked on top of a bike on top of a guy on crutches." 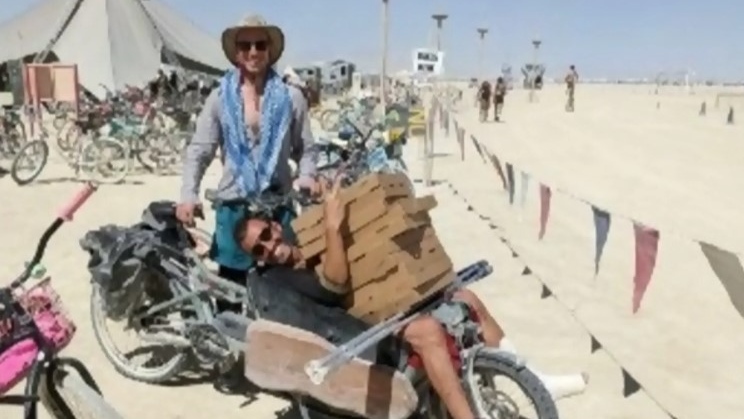 But never before was a slice of pepperoni so well earned. As for the taste?

"The truth is, I don't remember how the pizza tasted," Baker admitted.

But looking back now, it doesn't really matter. What mattered was the journey. 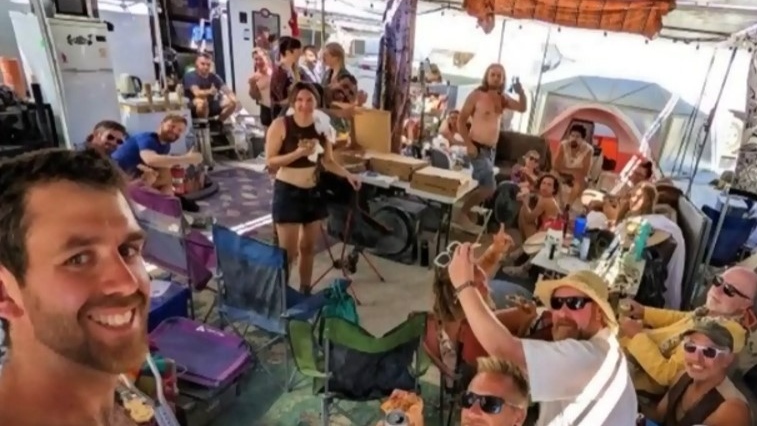