B.C. marks National Day of Remembrance and Action on Violence Against Women at legislature

B.C. marks National Day of Remembrance and Action on Violence Against Women at legislature 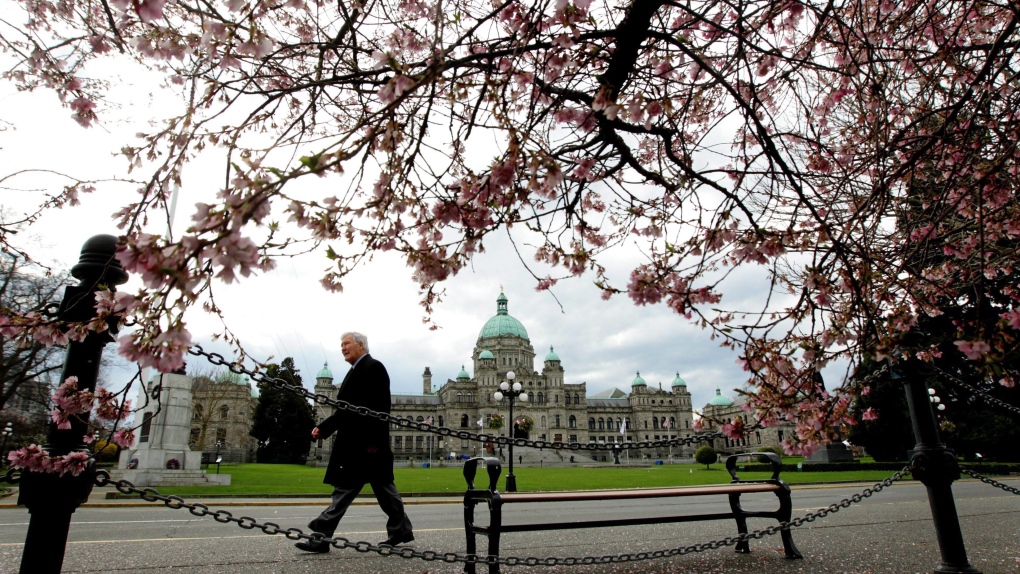 The British Columbia Legislature is framed by cherry blossoms as a pedestrian passes by in Victoria in this file photo. (Darryl Dyck / THE CANADIAN PRESS)

The B.C. government will recognize the National Day of Remembrance and Action on Violence Against Women with a candlelight memorial at the provincial legislature building on Tuesday evening.

The gathering will also be a memorial in honor of the 33rd anniversary of the Montreal Massacre at Ecole Ploytechnique, where 14 young women were murdered in act of violent misogyny.

She visited the facility while speaking on the province's Gender Based Action Plan that she is compiling.

The plan will weave together government and sector needs, and will help people access housing, services and justice for those who are navigating a range of issues, such as family violence, sexualized violence or brain injuries, said Lore.

While at the Cridge Centre, Lore also spoke with the non-profit's CEO and staff members that work directly with women fleeing Intimate Partner Violence (IPV).

The organization runs multiple programs such as the Intimate Partner Violence and Brain Injury Service that supports women who suffered a brain injury at the hands of their partner.

"A lot of those services are supported by donations," said Adam Richards, CEO of The Cridge Centre.

"There’s not a lot of funding in our community so having this engagement right now is really increasing that conversation," he said.

Brain injuries can have life-altering effects leading to cognitive, behavioral or mental symptoms.

The Cridge Centre says the need to support the program is crucial with one in three women in Canada experiencing IPV. Of the women that do experience IPV, 92 per cent will receive at least one brain injury, totaling more than 200,000 women nationally every year.

To put that into a different perspective, the Cridge Centre says for every one NHL player that sustains a concussion, more than 5,500 women will sustain the same injury.

"The reality is that we are only discovering just how big this problem or this need is in our community," said Richards.

"Therefore we know that as we start having this conversation, as more and more individuals recognize this need for service, we’re going to need service provision," he said.

Lore said that deepening the understanding of brain injury from IPV will be a key part of the action plan expected to be announced in fall 2023.

Richards said there are a few key issues he would like to see in the fall report.

"There’s a whole myriad of services they need. So as we have this conversation, as we start unwrapping the needs around this, the hope is we can provide wraparound services," he said.

Richards said those wraparound services will give individuals and families the best opportunity to move forward.

The candlelight vigil takes place at 5 p.m. Tuesday at the front steps of B.C. legislature.