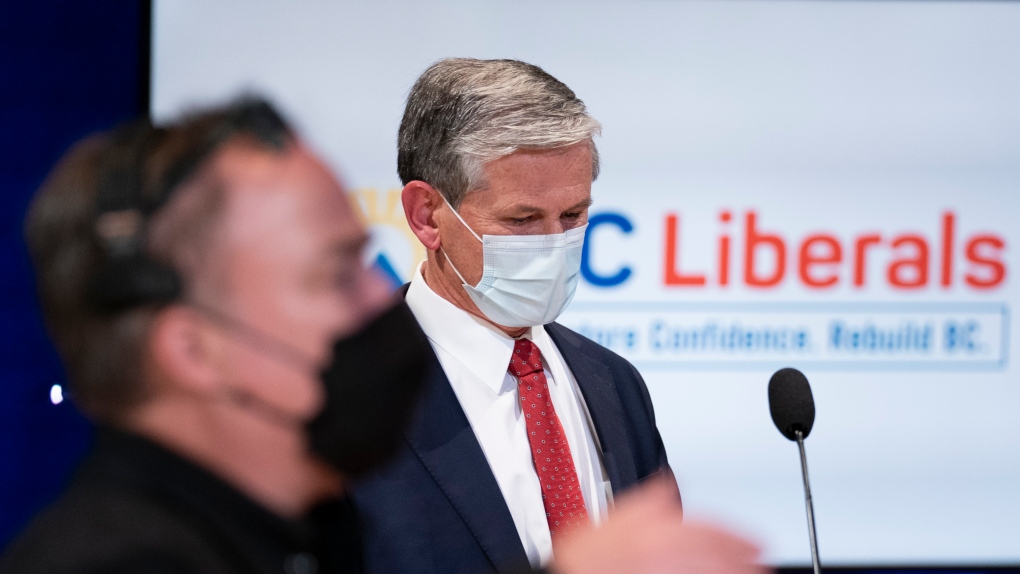 A British Columbia Liberal leadership candidate says he called for an audit of party memberships before the Feb. 5 leadership vote after reviewing data that raised questions about new members.

Val Litwin said he sent a letter to the party last month outlining concerns after his campaign reviewed data that included people giving an address on their membership application in areas where there are no homes.

“When you see an address that is on a forest service road that actually doesn't have a house, a place of residence on it, that's a flag,” Litwin said Thursday. “We're seeing it in the analysis of the data and the membership details themselves.”

Litwin would not release the letter he sent to the party but he said party officials have been in contact with his campaign team about membership issues and he's hopeful the concerns can be resolved before next month's vote.

Litwin is one of seven candidates vying to replace former leader Andrew Wilkinson, who resigned following the October 2020 election that saw Premier John Horgan's New Democrats re-elected with a majority.

A statement from Roxanne Helme and Colin Hansen, co-chairs of the party's election organizing committee, said Thursday that 2,644 memberships “remain flagged for further followup to confirm their membership information before they will be permitted to register to vote.”

“The party takes very seriously concerns when it comes to election integrity, our No. 1 priority is to ensure a leadership election result that our members can have confidence in,” says the statement.

Litwin says the party also needs to be transparent about the results of the audit.

“We need to get to the bottom of it,” said Litwin. “I have confidence we can get through this, but as a candidate who's been casting a vision for change, and for the B.C. Liberals to become a modern and relevant party, it starts with our behaviour.”

A statement earlier this week from Helme and Hansen says the criteria used to identify memberships for review are based on several objective measures, including missing email addresses and phone numbers, credit cards that don't match the member's name or address, and overuse of a single internet protocol address.

Representatives of the leadership campaigns for candidates Michael Lee and Gavin Dew confirmed Thursday they also sent a joint letter about memberships to the party this month. The letter said a preliminary analysis “suggests a significant portion of the membership should be flagged for audit in the range of 33 per cent to 50 per cent.”

Dew said in a statement Thursday that if elected leader, he will introduce legislation to have Elections BC, the independent office that runs provincial elections, administer leadership contests for all political parties.

“That should be a boring, technical process, but this is the third consecutive B.C. Liberal leadership race in which it has been a major source of tension,” he said.

The 2011 and 2018 Liberal leadership contests included concerns about voting issues.

The other leadership candidates, Renee Merrifield, Ellis Ross, Stan Sipos and Kevin Falcon, were not immediately available for comment.

This report by The Canadian Press was first published Jan. 13, 2022.