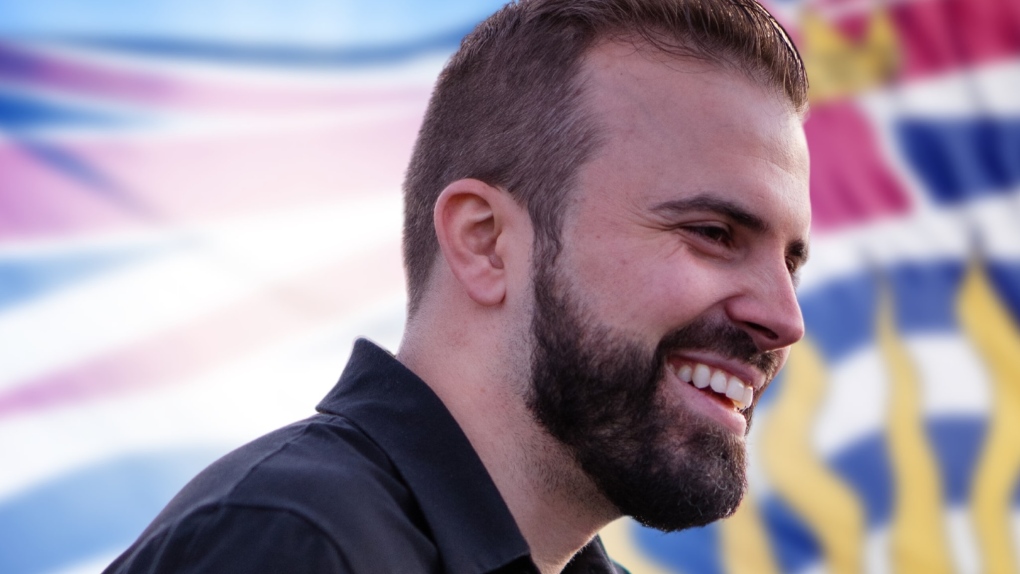 A prospective candidate for leadership of British Columbia's Liberal party has been denied the opportunity to officially enter the race.

Party officials say Aaron Gunn's application to enter the contest was rejected on grounds that approving his candidacy would be inconsistent with the Liberal party's commitment to reconciliation, diversity and acceptance of all people in B.C.

It says the decision was made after a review of public and private comments attributed to Gunn on social media and the opportunities granted to him to respond to concerns raised by the statements.

Gunn posted on social media Friday that free speech is no longer welcome in the Liberal party, adding his fight has just begun.

Leadership candidate Michael Lee said on social media that he welcomed the rejection of Gunn's candidacy, while legislature member Ellis Ross, who is also running, disagreed, saying in a statement on Twitter that the decision should have been made by “the voting members of the B.C. Liberal Party.”

A statement on Gunn's Twitter page said: “Today, it became clear that conservatives, and all British Columbians who believe in common sense and freedom of speech, are no longer welcome in today's B.C. Liberal Party.”

He could not be reached for comment, but Gunn recently told the Vancouver Sun there was no basis for concern about his comments.

“I am very outspoken, but when you drill down to it, some of these rumours that come out have no basis. Some people have accused me of these things, but they can't really point to something specific because it's not really there,” he told the newspaper.

Six candidates, including Gavin Dew, Kevin Falcon, Val Litwin, Renee Merrifield, Ross and Lee, are in the race to elect a new leader on Feb. 5.

In the statement, Barbeau said the party's executive unanimously accepted the recommendation from the leadership election organizing committee on Gunn's candidate application.

This report by The Canadian Press was first published Oct. 22, 2021.