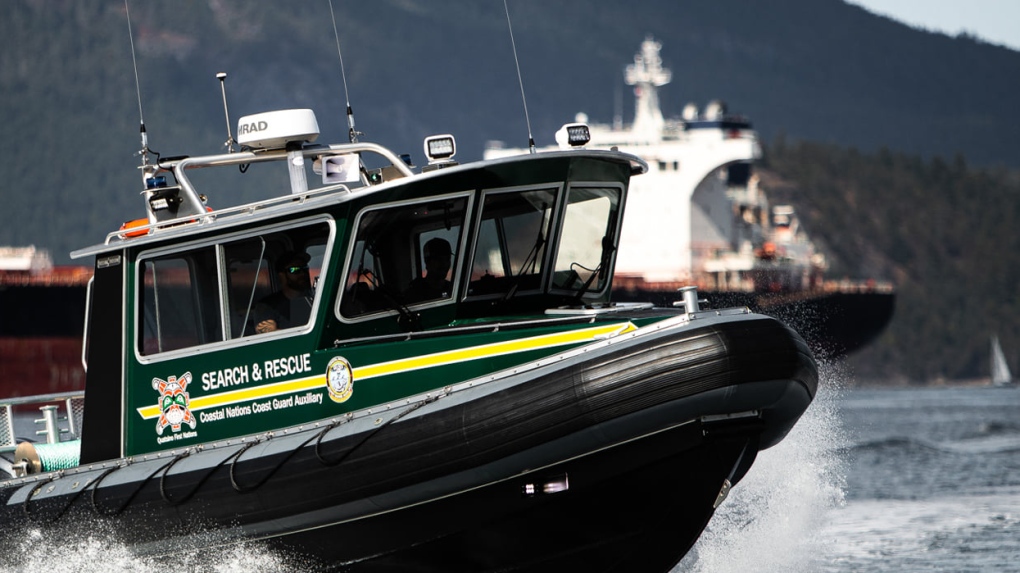 The Quatsino First Nation on northern Vancouver Island and the Kitasoo Xai'xais Nation, on Swindle Island, will work and train with the Canadian Coast guard to provide marine rescue response within their traditional territories.

The vessel is already in service, and has been used in two search and rescue training exercises with the Canadian Coast Guard.

The Ksm Wutsi'in will operate in the Great Bear Rainforest area, according to the Coast Guard.

"Funding for these community response vessels is one way our government is helping making the coast of British Columbia safer," she said.

The Coastal Nations Coast Guard Auxiliary is staffed entirely by Indigenous peoples, with more than 50 members from seven First Nations.

Last year, the Ahousaht First Nation on Vancouver Island launched its own $214,000 emergency response vessel funded through the federal government for the CN-CGA.

All CN-CGA volunteers practice with the Canadian Coast Guard and are trained in cold water rescue, marine first aid, search techniques, emergency communications protocols, and the use of specialized rescue equipment.

The volunteers are on call around the clock in some of the most remote regions of British Columba.

"As coastal Indigenous people, Kitasoo Xai'xais Nation have been responding to mariners in distress for thousands of years, whether those in need of rescue come from our Nations, or are guests to our waters," said Doug Fraser, Kitasoo Xai'xais First Nations CN-CGA board director.

"Having a dedicated search and rescue vessel will potentially help rescue more people and protect the lives of rescuers."

Canadian tourists may not be able to claim trip cancellations to Jamaica amid violence on island, travel expert warns

Despite Jamaica’s prime minister recently declaring a widespread state of emergency following a surge in gang violence and murder on the island, a travel expert warns that Canadian travellers may not be granted cancellation claims for travel insurance policies.

Gas prices down across Canada, likely to last a few weeks leading up to holidays

Drivers hoping for cheaper gas can fill up after the price at the pump across Canada dropped today to 143 cents.