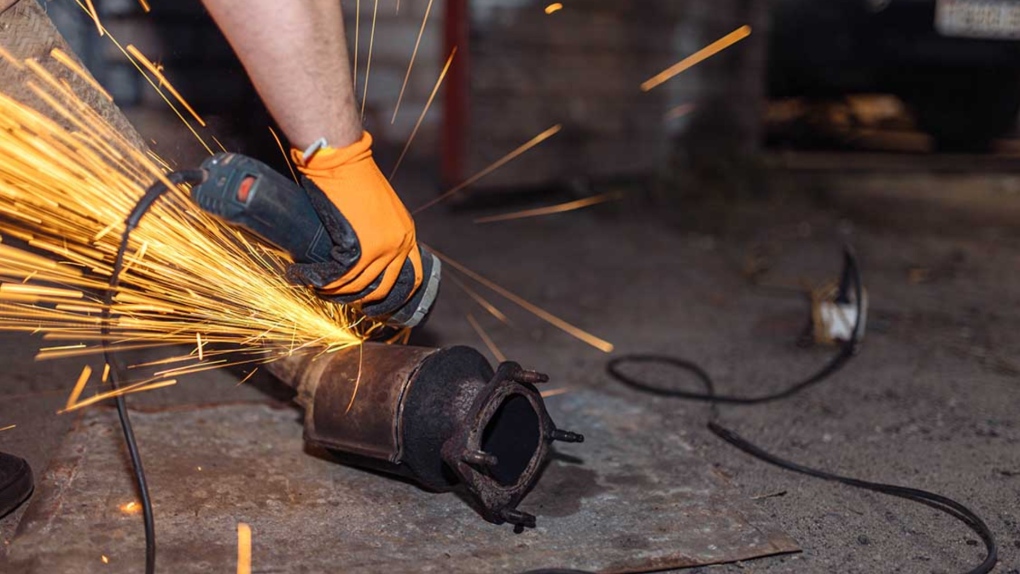 A worker uses a saw on a catalytic converter in this photo provided by Richmond RCMP.

The British Columbia government says it has closed a legal loophole that allowed thieves to anonymously sell stolen catalytic converters to scrap-metal dealers.

The change, which took effect Monday, now requires registered metal dealers to report the sale of individual catalytic converters to police, including passing along information about the seller.

"These thefts create costs and consequences to the livelihoods of British Columbians and this change reduces the incentive to steal them in the first place," Farnworth said in a media release.

The province says the amendment to the law was proposed by groups including the B.C. Association of Police Boards to deter the sale and distribution of stolen goods.

"The theft of catalytic converters is a serious problem and we are happy to have consulted with the province to help curb this illegal activity," said Charla Huber, president of the B.C. Association of Police Boards.

"We believe this provides police with an important tool to close the channel on those who steal and resell these items," Huber added.

Catalytic converters control exhaust emissions on vehicles, and contain precious metals that attract thieves when the value of those metals rises.