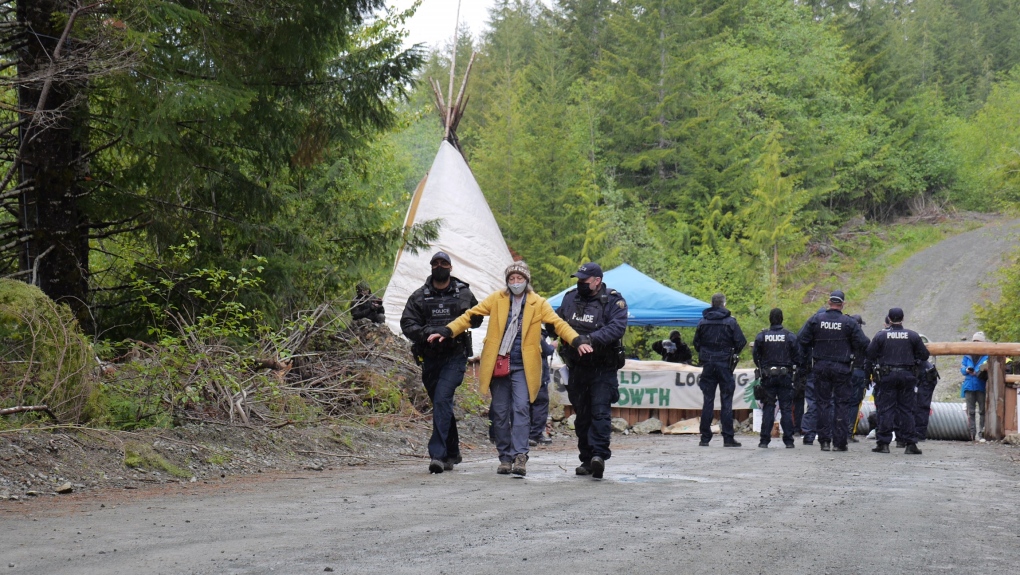 British Columbia's highest court has reinstated the injunction against protesters camped out in Vancouver Island's Fairy Creek watershed, at least for a little while.

The B.C. Court of Appeal granted a temporary injunction on Friday evening, pending the outcome of an appeal brought forward by the company that holds a provincial licence for logging in the area.

Late last month, the B.C. Supreme Court declined to extend the injunction prohibiting protesters from interfering with the activities of Teal Cedar Products, Ltd. in the Fairy Creek area.

The injunction initially granted back in April, and police began enforcing it in May. Between the start of enforcement and the end of September, RCMP officers made more than 1,100 arrests in the watershed.

Thompson concluded that the actions of the RCMP at the injunction site have put the court’s reputation at risk.

The justice said that while allowing the injunction to expire could cause significant harm to both Teal Cedar and to the rule of law, “methods of enforcement of the court’s order have led to serious and substantial infringement of civil liberties, including impairment of the freedom of the press to a marked degree.”

The logging company has appealed Thompson's decision to the B.C. Court of Appeal, which is scheduled to hear the application on Nov. 15.