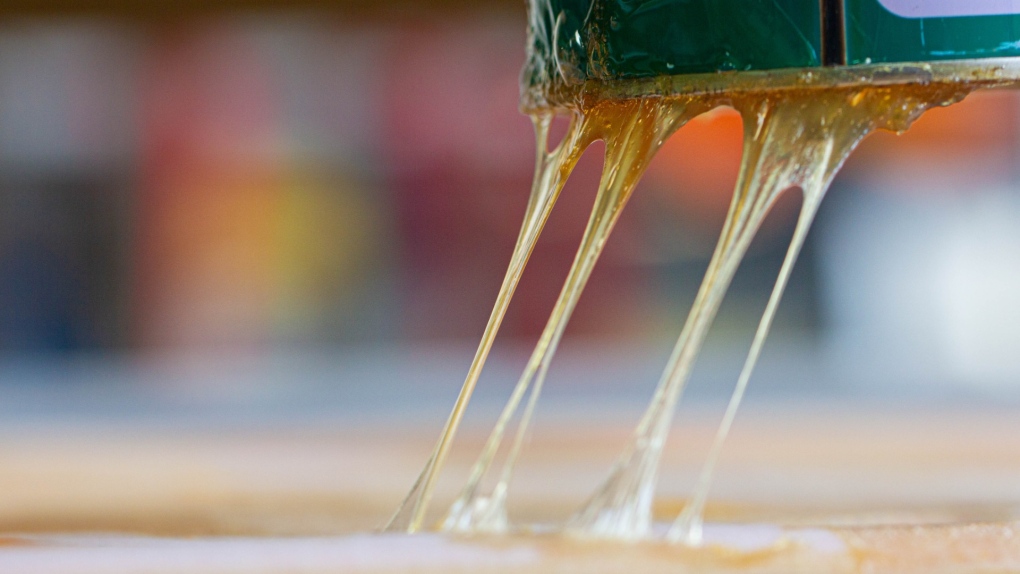 A climate activist who glued himself to the door of a Royal Bank of Canada branch in April has been banned from possessing adhesive outside his home as part of his conditional discharge for the crime.

Brice pleaded guilty to two charges, one related to the RBC branch protest and the other stemming from a protest on a provincial highway on Jan. 27, according to judge William Jackson's reasons.

"The protest at the highway is not particularly unusual," Jackson said in his decision.

"It was a peaceful protest blocking the traffic. I am not sure if the protestors gluing themselves to the door at the bank is unique or not. It is certainly something I have not heard of, but it would certainly be an effective way of protest or at least causing disruption at the bank."

The Crown asked for a suspended sentence and 12 months of probation for the offences, arguing that the element of vandalism involved in the gluing incident – as well as the presence of two similar offences – warranted a harsher punishment.

The defence asked for a conditional discharge, though with the same basic terms as those proposed by the Crown.

Jackson opted for a conditional discharge, noting that the court had received eight letters of reference speaking to Brice's "highly productive and model citizenship" prior to his arrests.

"The basis for Mr. Brice's actions were a very obviously sincere concern for the immediate and long-term effects of climate change and frustration with the lack of political movement despite his attempts to motivate politicians," Jackson said.

The judge sentenced Brice to 12 months of probation with several other conditions in addition to the ban on possessing glue.

Brice must also "keep the peace and be of good behaviour," complete 40 hours of community service and report regularly to his probation officer. He is prohibited from impeding traffic on any public roadway and must not visit the RBC branch at 110 – 2000 Island Highway North in Nanaimo.

"You must carry the permission if you have one from the probation office with you, which may be in electronic format, when you possess any of these items outside your residence."

CTVNews.ca speaks with victims of stalking and harassment, and with advocates and legal experts who are calling on Canada to overhaul how it handles these cases from the police, to courts, and to the communities we live in.

From missing family time to making food, Canadians are cutting back amid inflation

Decades-high inflation and soaring interest rates have led many to take a closer look at their spending habits and, consequently, make some tough choices.

As nature talks unfold, here's what '30 by 30' conservation could mean in Canada

Prime Minister Justin Trudeau was unequivocal Wednesday when asked if Canada was going to meet its goal to protect one-quarter of all Canadian land and oceans by 2025. That goal, which would already mean protecting 1.2 million more square kilometres of land, is just the interim stop on the way to conserving 30 per cent by 2030.

Plane believed to be carrying Brittney Griner lands in U.S.

A plane believed to be carrying Brittney Griner landed in the United States early Friday, nearly 10 months after the basketball star was detained in Russia and became the most high-profile American jailed abroad.

Canadians sending parcels this holiday season may be surprised to see a steep surcharge on domestic shipping due to the high price of diesel.