B.C. cargo ship fire out but search continues for containers lost at sea

A fire that burned for nearly a week on the container ship anchored off Victoria's waterfront has been put out.

A statement from Danaos Shipping Co., the manager of the MV Zim Kingston, says the specialized marine service company it hired will begin the cleanup operation on the ship.

The statement says the same firm has been retained to search for the 109 containers that were lost overboard last week, around the same time the fire started on the ship.

The Canadian Coast Guard said in a statement Thursday that at least five containers have been spotted in the waters or washed ashore on the northern tip of Vancouver Island, more than 400 kilometres from the vessel.

At least two of the lost containers had hazardous materials, while others held Christmas decorations, sofas, appliances, car parts, toys and other everyday items.

The coast guard says trajectory modelling from the Department of Environment and Climate Change Canada shows that the containers that remain afloat will continue to drift north.

This report by The Canadian Press was first published Oct. 29, 2021. 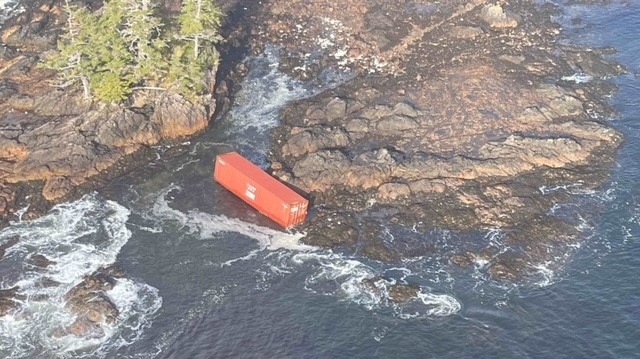 Infection with HIV can accelerate aging within the first two to three years of infection, study says

Living with HIV may have an immediate effect on how your body ages, according to new research which showed that cellular aging was sped up within two to three years of infection.

A prominent housing advocacy group fears Quebec could see an increase in households left without a permanent place to live as leases expire across the province on July 1.

With hospitalizations up, France weighs return to masks

Tourism is booming again in France -- and so is COVID-19. French officials have 'invited' or 'recommended' people to go back to using face masks but stopped short of renewing restrictions that would scare visitors away or revive antigovernment protests.