B.C. blood donor dog that has saved many lives gets free surgery 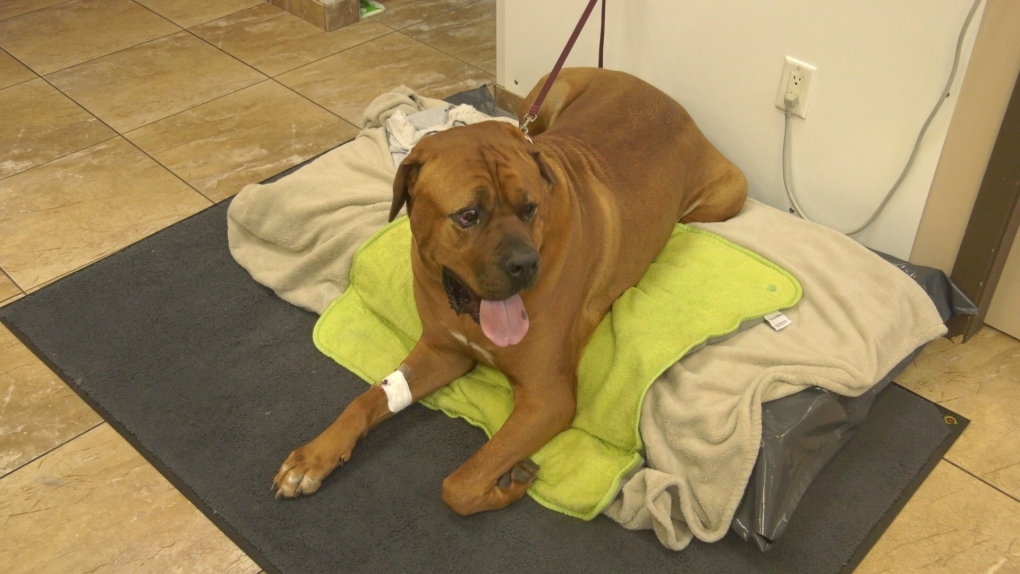 While the decision to give the surgery to Norman was an easy one, dealing with the large-breed dog was not. (CTV News)
Nanaimo, B.C. -

A dog that has made life-saving blood donations in the past has now received a good deed in return after having a surgical operation on Monday.

A medical team performed a knee surgery on Norman, a four-and-a-half-year-old mastiff, as a thank-you for the past generosity shown by Norman and other mastiffs owned by Nanaimo's Jeff King.

"Norman's given a lot to his local community and so the hospital here is helping cover the cost of the surgery," says Tim Preston, a surgeon at the Central Island Veterinary Emergency Hospital.

Preston says surgeries of that nature are in the neighbourhood of $8,500 and make up the majority of the operations he does.

The medical devices inserted into Norman also came as a donation, supplied by the manufacturer Arthrex.

"The operation is designed one way or another to stabilize the knee and the way that occurs is by us rotating the top of the shin bone down so that we effectively change the bio-mechanics of the knee so he doesn't need an ACL anymore," Preston says.

While the decision to give the surgery to Norman was an easy one, dealing with the large-breed dog was not.

"Norman is over 90 kilograms. He's effectively the weight of I guess a large male so we've got five people, six including myself, that are going to be moving him physically."

That included lifting him on and off X-ray tables and operating tables. 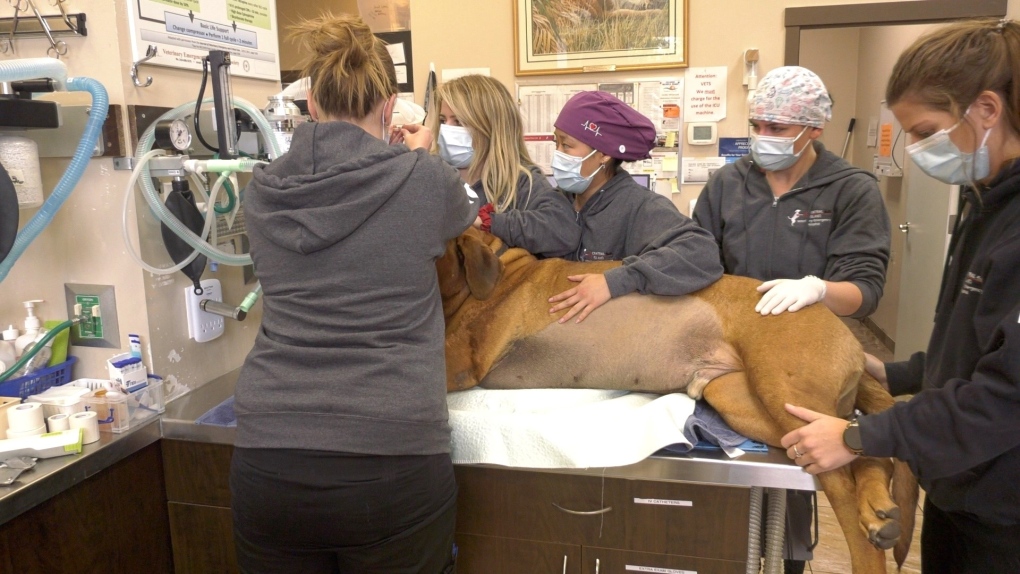 "It's a challenge during his recovery in making sure he's able to stand. we have some hoists and other things to help him that are designed for humans," he says.

It is also because of Norman's size that he and the other mastiffs in his household have been able to give blood so generously to other dogs in need.

"Like in humans, there are different blood types, and so it's important that the animals are properly typed and cross-matched,” he says.

After the one-hour-and-45-minute surgery, Norman was carried out of the operating room to begin his recovery and was expected to be released back to his owner on Tuesday.