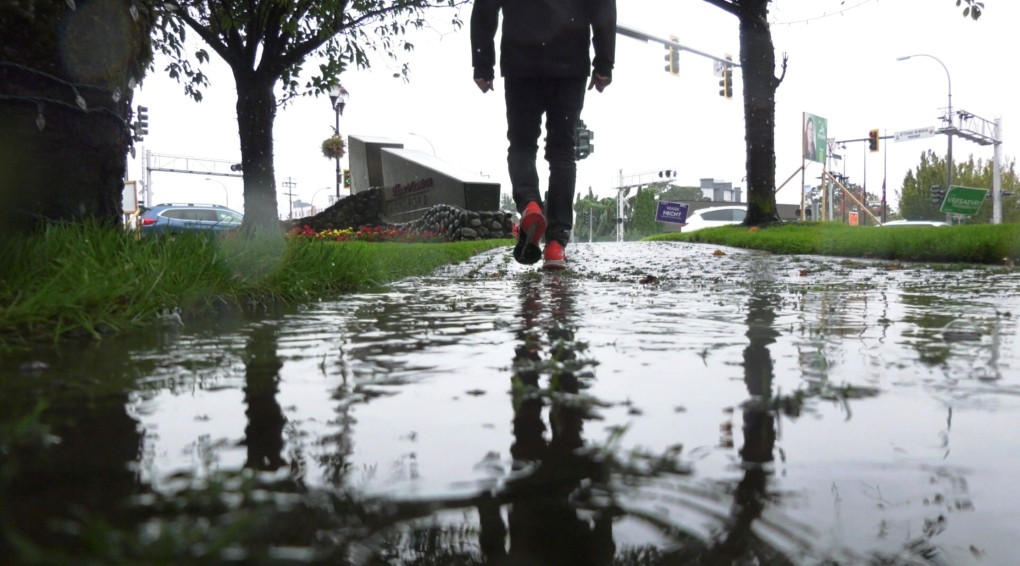 From a "heat dome" and a summer filled with drought and wildfires, to possible record-breaking rain in the month of September, Mother Nature can be a fickle lady.

Now that we’re officially settling in to the third season and pumpkin spice has taken over our lives, we’re also going to see a flip in the weather on Vancouver Island.

We’re still playing catch-up when it comes to moisture levels but after last weekend and the upcoming last week of September, we’ll see a big push to get back to where we need to be water-content wise.

Rain will start moving into the northern areas of Vancouver Island late Saturday and we’ll have a steady diet of showers and heavy downpours right through the end of the weekend, and most of next week.

As we look at September rainfall totals for 2021, we’re keeping an eye on the Comox area which has the best chance to break a monthly rainfall record. 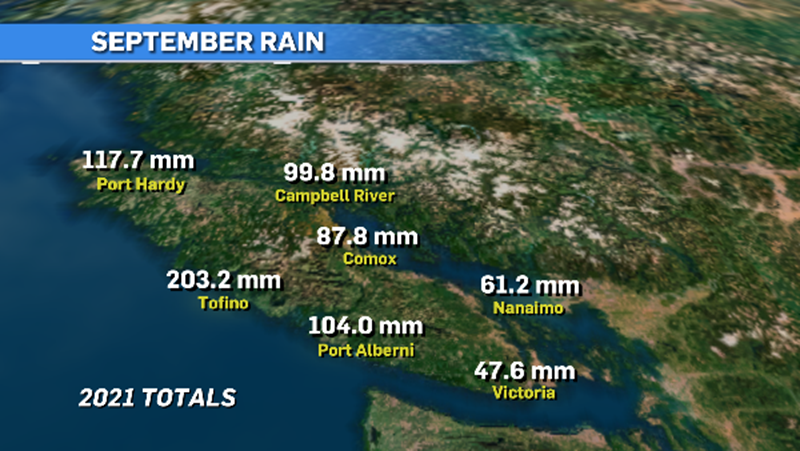 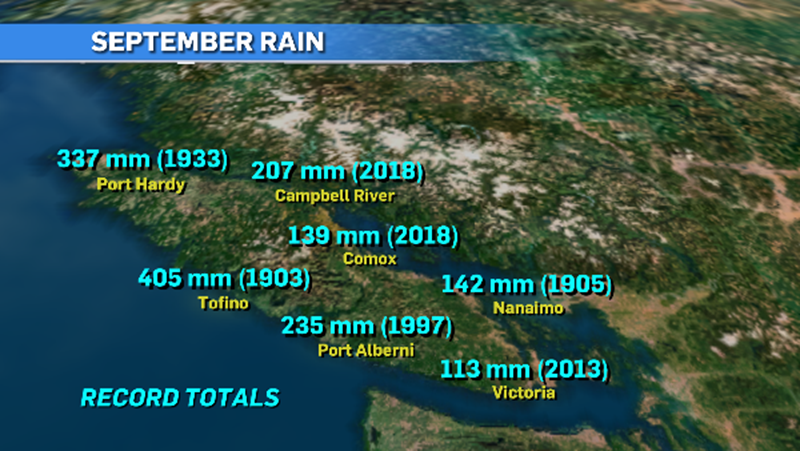 With almost 90 millimetres of rain having already fallen in Comox, another 50 to 55 millimetres would put the region in a great position to break its September rainfall record of 139 millimetres set in 2018.

With the forecast calling for totals in the 80+ millimetre range through next week, we are very likely to see this record downed.

A few other areas on the island will come close to breaking records but if you’re putting money down, keep it on the Comox record this month. 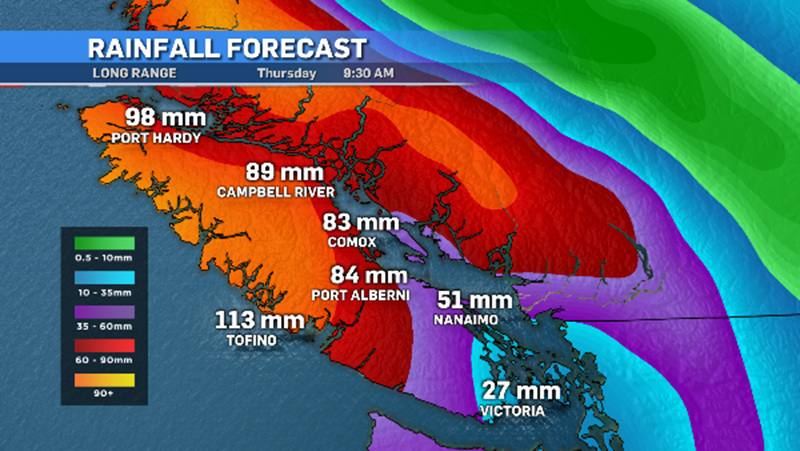 As we continue to wander through autumn, we’ll be keeping an eye on the potential La Nina conditions that may take us through the winter months.

At this point it’s looking to be a weak La Nina which could give us higher than average moisture and erratic temperatures.

The island still needs the moisture so we can set ourselves up for a better summer in 2022, so let’s hope our final two seasons play out the way it’s currently setting up.

A new survey suggests that the rising cost of living and the added burden of COVID-19 are forcing Canadians further into debt.

Rechie Valdez has turned self-described 'side hustles' into full-time focuses as an entrepreneur, and is now taking on a new challenge: Liberal MP for Mississauga-Streetsville. In taking her seat in the House of Commons next month as one of 50 rookies elected, she'll also be making history as Canada's first federally-elected Filipina MP.

Seven-year-old boy dies after being trapped under log near Southampton, N.S.

A seven-year-old boy has died while out on a walk with his mother on a logging road in Nova Scotia's Cumberland County.