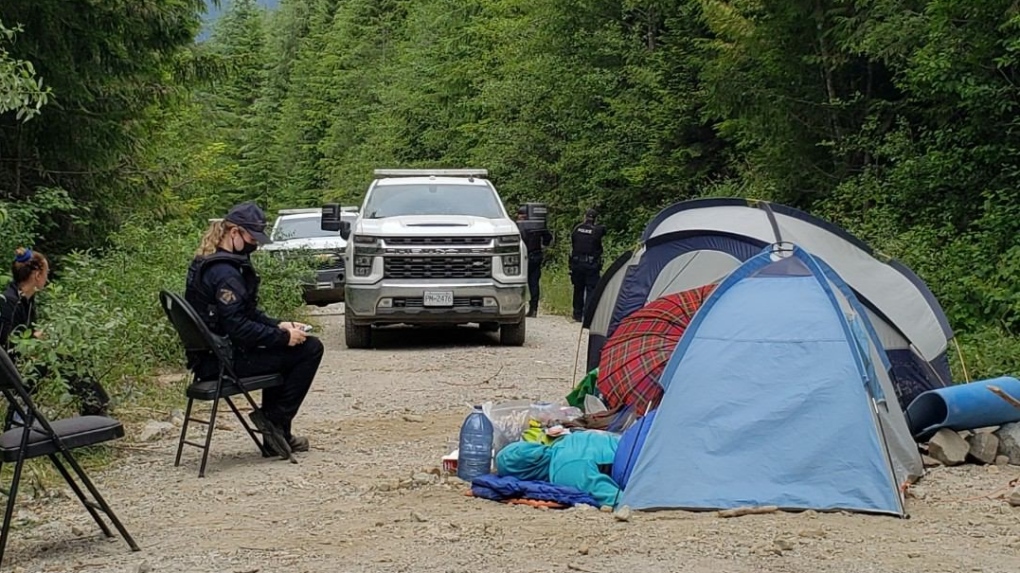 There have now been 356 arrests in the Fairy Creek area since police began enforcing the injunction in May, including at least 22 people who have been arrested more than once.(RCMP)
Victoria -

Police arrested seven people over the weekend as authorities continued to enforce an injunction against blockades set up to prevent old-growth logging on southern Vancouver Island.

The RCMP say they read the injunction to two protesters on Friday, however the protesters decided not to remove their locking devices until later that evening. One of the protesters was arrested late Friday night and the other was arrested early Saturday morning, according to the RCMP.

Both activists were taken to Port Renfrew where they were eventually released.

On Sunday, police arrested five more people who had entered the Fairy Creek injunction area and attempted to lock themselves in place. One of the protesters was arrested for breaching the injunction and the other four were arrested for obstruction, according to police.

The activists were taken to Port Renfrew and Lake Cowichan where they were eventually released.

There have now been 356 arrests since police began enforcing the injunction in May, including at least 22 people who have been arrested more than once.

The B.C. government approved the request of three Vancouver Island First Nations last month to defer logging of about 2,000 hectares of old-growth forest in the Fairy Creek and central Walbran areas for two years, but the protests are continuing.

Activists with the group dubbed the Rainforest Flying Squad say very little of the best old-growth forest remains in B.C., and the recent deferrals fall short of protecting what's left.