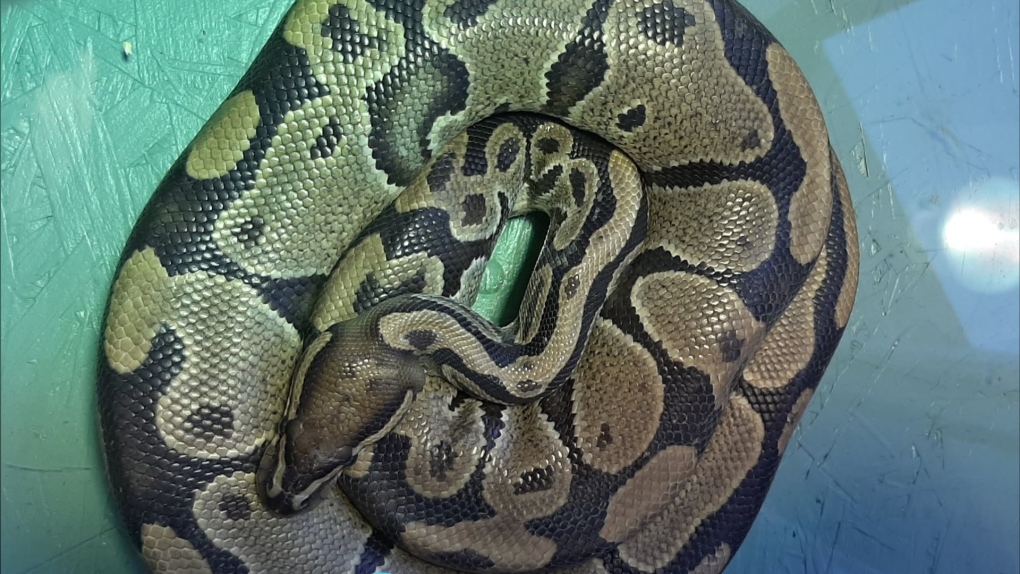 The python, discovered on Saturday, is shown: (ROAM / Facebook)

VICTORIA -- A metre-long long ball python has been found in Victoria, according to municipal animal control.

The snake was found on the Galloping Goose Trail near the Selkirk Trestle on Oct. 10 by someone passing by the area.

The reptile was then handed over to Victoria Animal Control, where it has been staying for the past several days. Animal control officers say the python appears to be healthy and that no one has reported their pet snake missing recently.

The shelter says that it is investigating to find who the possible owner may be. If no one comes forward to claim the snake by Wednesday, animal control says that it will be re-homed somewhere new.

The first time it went missing was on July 2. It was reported missing from Victoria and was located roughly six weeks later near Oak Bay on Aug. 12.

The snake then disappeared again from the Saanich area on Aug. 19. Unfortunately, it was found dead roughly two weeks later.