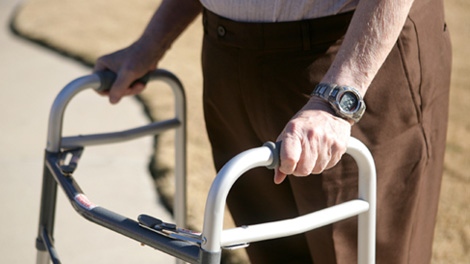 All 44 residents of the care home are being tested for the virus and so far no others have tested positive, according to Island Health. (File photo)

VICTORIA -- Health officials on Vancouver Island have identified another case of COVID-19 at a Port Alberni care home.

At that time, the outbreak was limited to a single staff member. But on Wednesday evening, Island Health said a resident had also tested positive.

The resident was a close contact of the infected staff member, according to the health authority.

“As a precautionary measure, this resident will be transferred out of the facility and that is expected to occur on the evening of Nov. 18,” Island Health said in a statement Wednesday.

Officials said the resident had no symptoms associated with the disease.

All 44 residents of the care home are being tested for the virus and so far no others have tested positive, according to Island Health. Staff are also being tested, as are residents of an adjacent assisted living facility.

“Since the outbreak was declared on November 16, the three residents considered close contacts to the initial staff case have been isolated in their rooms,” Island Health said. “The unit where their rooms are located has been isolated from the rest of the building, and staff movement has been restricted to that unit.”