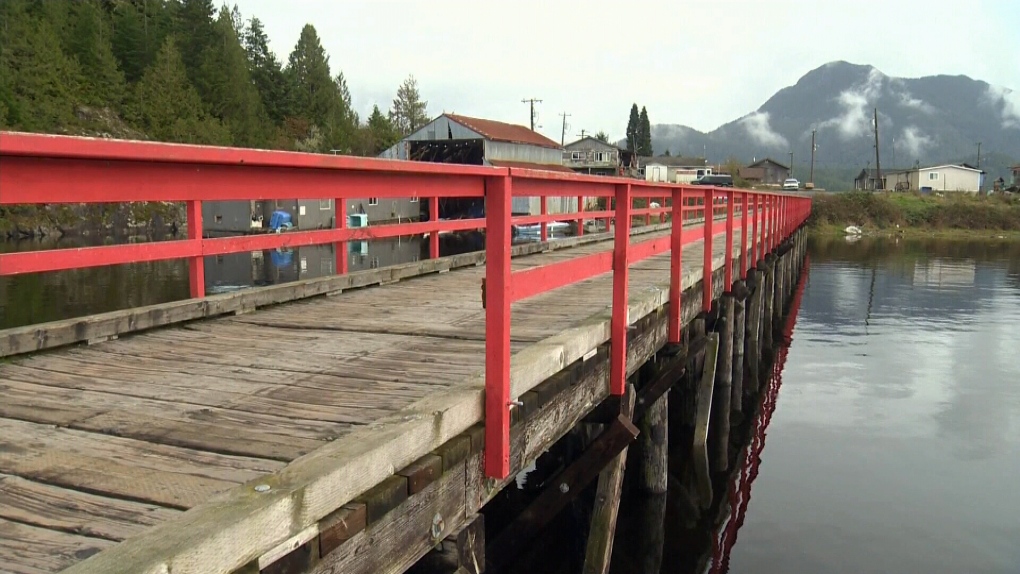 A pier is seen on the Ahousaht First Nation off the coast of Tofino, B.C., in this undated photo. (CTV News)

The Ahousaht First Nation announced a major cultural project Wednesday. It’s building a Big House thanks to more than $8 million in funding from Ottawa.

The announcement was made to members of the Ahousaht First Nation living on Flores Island, north of Tofino, B.C. It was also livestreamed on Facebook for members living elsewhere.

The federal government is providing a grant of $8.3 million for the project.

Rebecca Atleo, director of education for the nation, says the members currently rely on a community hall that was built in the 1960s and is run down.

“We currently have an old Thunderbird Hall, but it’s currently in construction – a repair phase – so it’s a big deal for us,” Atleo said Wednesday.

She said the new Big House will be key for fostering a sense of cultural pride in future generations.

“Certainly instill pride in the community, especially the children," she said.

The Big House will be used for various cultural gatherings, including memorials, weddings, coming-of-age celebrations and birthdays.

Atleo says news of the new project is well timed.

“The last couple of years with COVID, I really believe it will pick up our spirits, community-wide, and I really feel that this is something that our community members need,” she said.

A location for the project hasn’t been chosen yet. It’s expected it will be finished in two to three years.