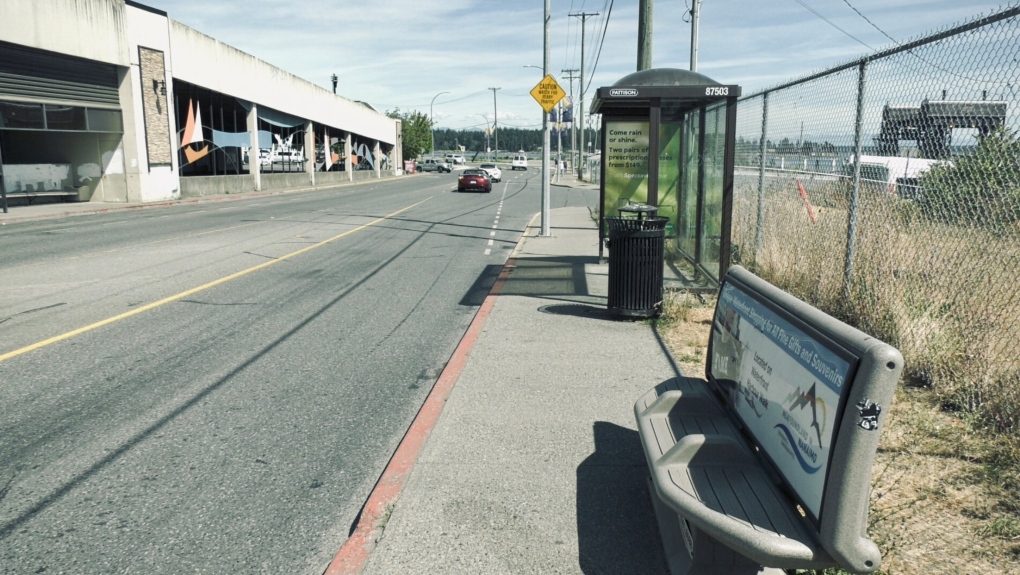 The incident happened around 9:30 a.m. Sunday at the bus exchange on Front Street, beside Port Place Mall in downtown Nanaimo. (CTV News)

Mounties say a Nanaimo, B.C., woman has been charged with aggravated assault after a stabbing in the city sent one man to hospital with serious injuries Sunday morning.

Police were called to the Front Street bus exchange near the Port Place Mall at approximately 9:30 a.m.

Officers found a 27-year-old man with stab wounds on his head and provided emergency first aid until paramedics arrived.

The victim remained in Nanaimo Regional General Hospital on Wednesday and is in stable condition, according to police.

Police told CTV News on Monday the man's injuries "would have been life-threatening if it hadn’t been for the emergency first aid by our officers and EHS [Emergency Health Services]."

A 51-year-old woman was arrested without incident near the scene.

Kimberly Lewis of Nanaimo will be held in police custody until a court appearance on Aug. 23.

Police are asking the public to help piece together why the stabbing occurred.

"Investigators are now tasked with attempting to understand why this happened and if there was a conflict between the two that may have precipitated the incident," Nanaimo RCMP spokesperson Const. Gary O’Brien said in a news release Wednesday.

Anyone with information about the incident is asked to call the Nanaimo RCMP at 250-754-2345.

Russian President Vladimir Putin has signed laws formally absorbing four Ukrainian regions into Russia, even as its military struggles to control the territory that was illegally annexed.