Actor's complaint of racial discrimination against Victoria theatre to proceed 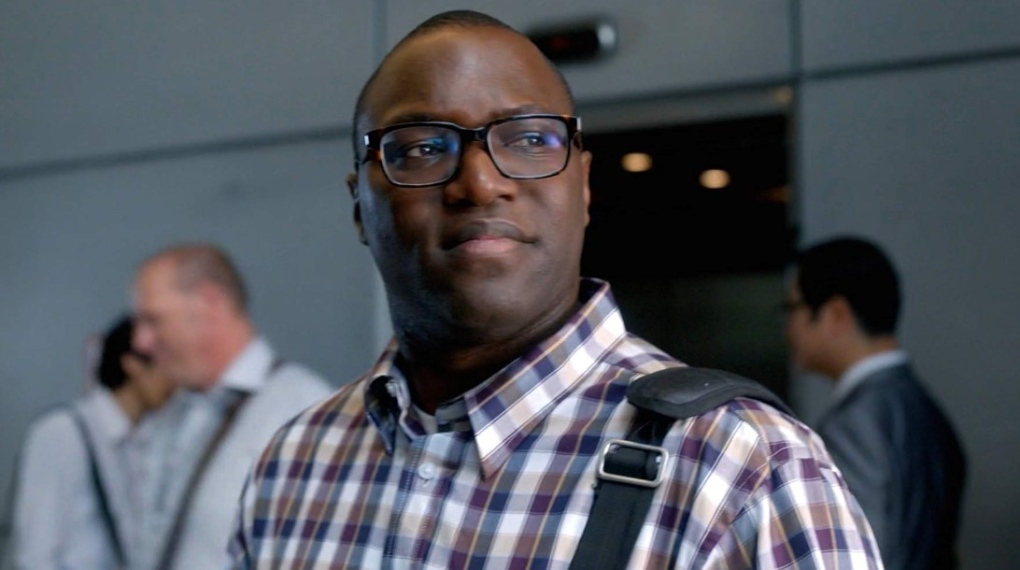 Playwright, director and actor Omari Newton is seen in an undated handout image. Newton says "colourblind" casting can be racist because it erases histories of colonialism and oppression. (The Canadian Press)

VANCOUVER - When Ravi Jain heard about the experience of an actor in Victoria who alleges she was denied an opportunity to audition for a role in “Les Belles-soeurs” (The Sisters-in-Law) because she is black, it was a familiar story.

Jain, who is the founding artistic director of Why Not Theatre in Toronto, says some Canadian directors have long argued that actors of colour aren't appropriate for particular roles because they are set in a particular time and place that would exclude them.

“It's just not true. It's a limited perspective of what that time was and what the power structures were,” he said.

His comments come after a B.C. Human Rights Tribunal ruling this month that allows a complaint by Tenyjah Indra McKenna to proceed against the Victoria Theatre Guild and Dramatic School and its volunteer director.

The tribunal documents say McKenna contacted director Judy Treloar in August 2017 about auditioning for a role in the theatre's production of the story by Michel Tremblay about four sisters and their neighbours.

Treloar initially invited McKenna to pick up a script, but when McKenna told her she is a black woman, Treloar responded that a black woman would not be a sister or neighbour in the play, the documents say.

“As much as I do not like saying this, the fifteen women in this play are Quebecois women and the play is set in Montreal in 1965. A black woman would not be a neighbour or a sister in this play, however I would love to meet you and hear you read,” says an email from Treloar to McKenna that was released within the tribunal's interim decision about the complain.

The documents say Treloar stated her comment did not come from racial bias or stereotyping, but from months of studying and preparing for the play's production. She describes the play's subject as 'the white, xenophobic, working-class Quebecoise women of Montreal's Plateau-Mount Royal neighbourhood, the documents say.

McKenna questioned Treloar's sources in an emailed response, adding that she grew up in Montreal.

“Interestingly enough, throughout the 1960s my family lived and worked in the same Montreal borough in which 'Les Belles Soeurs' takes place,” McKenna says.

“I also wonder - if you are hesitant to cast a black actor to ensure historical accuracy, how many Quebecois or French-speaking actors will you be casting?”

Since then, the theatre apologized and offered McKenna $1,500, introduced diversity training for board members, production personnel and staff, and appointed two ombudspersons to deal with complaints of harassment or discrimination.

The tribunal ruled that was not enough to have the complaint dismissed.

Treloar and the theatre declined to comment for this story and McKenna could not be reached.

“Langham Court Theatre intends to respect and fully co-operate with the Human Rights Tribunal, and is not able to comment on matters that remain before the tribunal while the process is ongoing,” the theatre said in a statement.

But the case is reinvigorating debate in the Canadian theatre world about how best to promote inclusivity.

Jain sees some parallels with Salt-Water Moon, a play set in Newfoundland commonly cast with white actors, even though people of colour certainly existed in Newfoundland at the time. His company's production of the play had a diverse cast, which liberated the play from the “handcuffs” of realism, he said.

“We freed it to an imaginative space in which it didn't matter who the people telling the story are. They're just people, and we're looking deeper into the humanity of those characters and the depths of their relationships. That actually transcends race and culture.”

Why Not Theatre is among several venues in Canada receiving acclaim for challenging the way stories are told. Jain said that trend has only accelerated since the Canada Council for the Arts began a five-year strategic plan in 2016 rooted in inclusion.

But progress doesn't necessarily mean ignoring race in casting decisions, some say. Vancouver-based actor and creator Omari Newton said completely ignoring race can have the effect of erasing histories of colonialism and oppression.

“I think colour-blind casting is a ridiculous form of racism,” he said. “In my opinion, you should be casting colour-consciously, which is: cast depending on the play and role, feel free to cast whoever you want. Just acknowledge the implications that casting people of different colour will have on the story you're going to tell.”

Newton said it was jarring to watch a Broadway production of Arthur Miller's “All My Sons,” with a mixed-race cast. The play was set at a time when interracial marriage was still illegal in the United States, yet the casting presented an interracial marriage, mixed-race child and a family with a white brother and a black sister, without any explanation.

Newton, who is black, encourages people of colour to consider telling their own stories by writing, directing and producing them.

“I figured out a decade ago that if I wanted to be in or see the types of stories that interested me on stage, I would have to produce, write or direct them,” he said.

His first play, “The Lamentable Tragedy of Sal Capone,” follows a young hip hop group caught in the aftermath of a violent police shooting. It premiered in 2013 and was staged last year at the National Arts Centre.

“Actors can play any roles, women can play in what used to be traditionally male roles; this is happening even on Canada's large mainstream stages,” she said.

Boomer Stacey, executive director of the Professional Association of Canadian Theatres, said it's important for theatres to consider why they choose certain stories to tell and how they speak to audiences today.

The organization, which has both a cultural diversity committee and an equity and diversity committee, creates a space for member theatres to discuss inclusivity and ways to better reflect diversity in subject matter, on boards and in other leadership positions.

He noted that community theatres, like Langham Court where the Victoria production was staged, may not have the same supports available to them.

While the Canadian theatre world still has some room for improvement when it comes to diversity, Stacey said it's already come a long way. In his association alone, he noted that he is a person of colour, as is the president, vice president, and several members of the board.

“We're trying to not just preach to people that they have to be diverse, we try to live that as well.”

This report by The Canadian Press was first published Nov. 20, 2019.