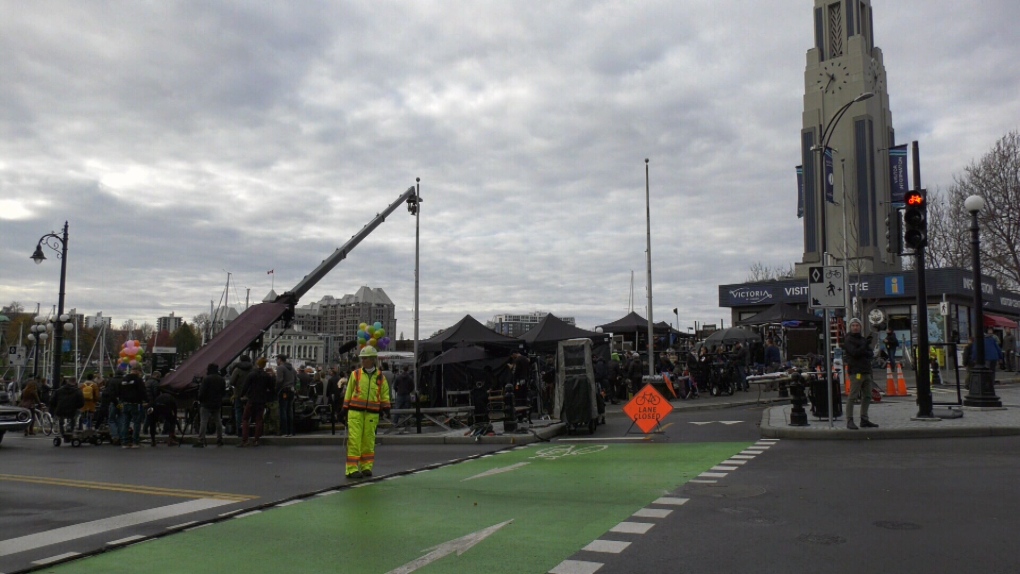 Filming for the television show, The Twilight Zone, took place outside of the Fairmont Empress Hotel on Tuesday: Nov. 19, 2019 (CTV News)

VICTORIA – Streets were closed in downtown Victoria Tuesday for the filming of Jordan Peele's The Twilight Zone television series.

The remake of the popular 1960s sci-fi show shut down vehicle and pedestrian traffic in front of the Fairmont Empress Hotel Tuesday morning for filming of the show along the 700-block of Government Street.

Traffic was also closed on the 500- and 600-blocks of Belleville Street from Menzies Street to Douglas Street.

On Wednesday, commuters are being advised to avoid the Inner Harbour area as crews continue to film in the 600-block of Humboldt Street and the 800-block of Gordon Street from 8 a.m. to 4 p.m.

Production for The Twilight Zone first came to the island on Monday, Nov. 18, when crews and essential work trucks began to prepare the area for filming.

The 2019 version of The Twilight Zone is described as "an updated version of the classic anthology series featuring various tales of science fiction, mystery, and horror," according to the show's IMDB page.

The series was created by Academy Award-winner Jordan Peele, whose popularity skyrocketed after his directing debut of horror movie Get Out, followed by the popular Us and BlacKkKlansman.