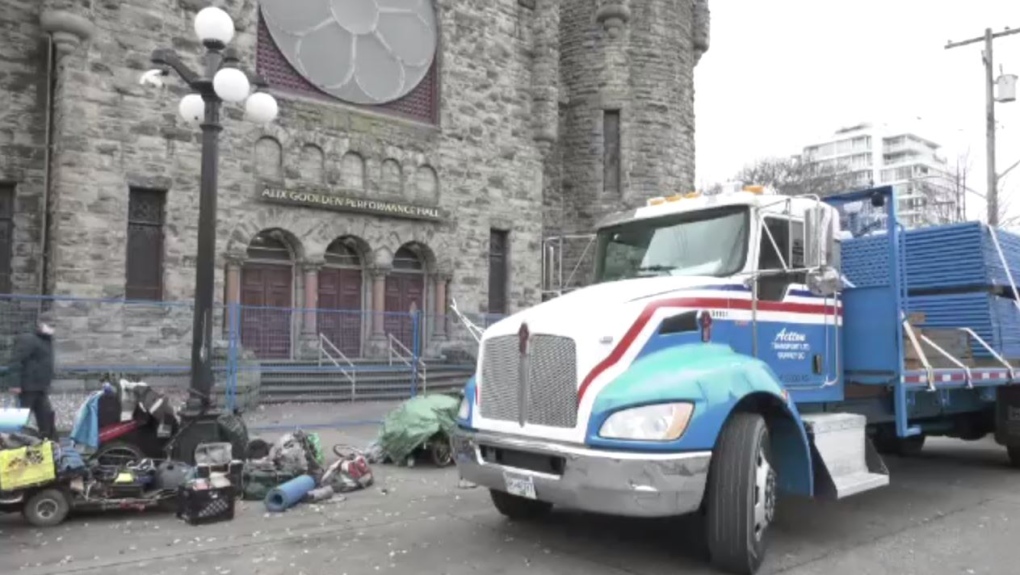 Security fencing has been set up around the Alix Goolden Performance Hall in downtown Victoria in a move to protect the heritage building and its visitors.

The Victoria Conservatory of Music says fencing has been installed along the outside of the building on Pandora Avenue and Quadra Street.

"As anyone who has driven down Pandora Street or tried to walk it (knows), the situation continues to be a challenge," said Jane Butler McGregor, CEO of the Victoria Conservatory of Music, on Wednesday.

"We felt as a precautionary and preventative measure we had to put the fencing back up to protect our building." 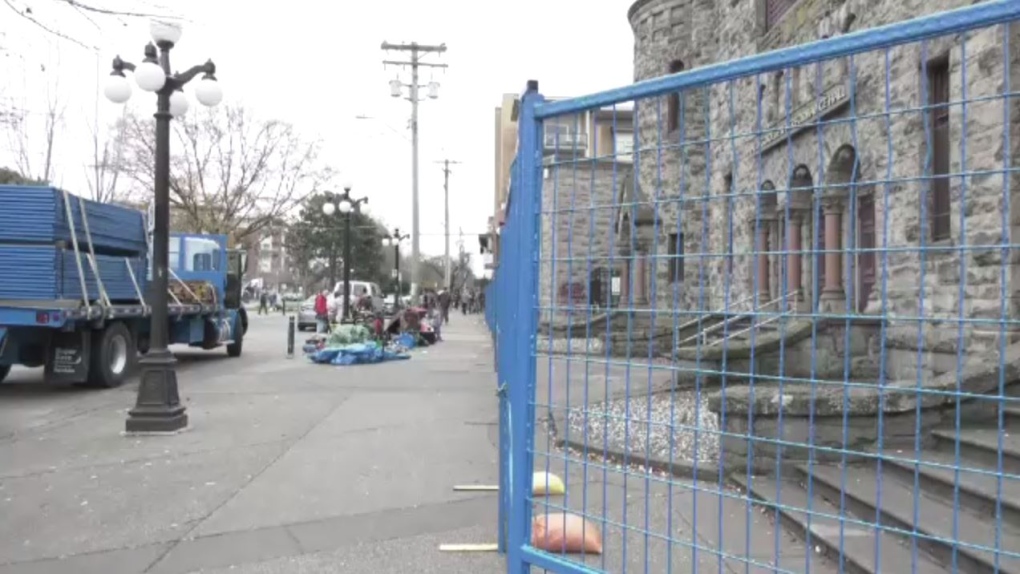 This is the second time the conservatory has installed temporary fencing around the building.

A smaller amount of fencing was also set up over the summer but came down in September when the conservatory opened up for its new term.

The conservatory says its performance hall, located next to Our Place Society, continues to face challenges with members of the unsheltered community.

The performance hall sees frequent loitering and a "tremendous amount of vandalism," according to McGregor.

With the entrance on Pandora Avenue now closed, the performance hall can now only accommodate about half of its usual capacity, meaning large concerts will be cancelled for now.

The conservatory is now exclusively using its entrance on Johnson Street, which was recently upgraded with permanent security fences.

McGregor says the fencing is a temporary measure that will remain until "positive changes" are made in the area.

She hopes that provincial and local governments will soon "wrap their arms around this tremendous challenge that's affecting so many people," adding that she's heard some people who access services at Our Place also feel unsafe at times.

Funding for the security fencing is paid for by the conservatory.

"As a not-for-profit organization we have to raise the money to pay for these types of things," said McGregor.

The conservatory offers a range of programs, including music therapy, lessons for families with young children, and a two-year diploma program with Camosun College.

McGregor says the conservatory's youngest student is roughly four months old, and its oldest is 91-years-old.