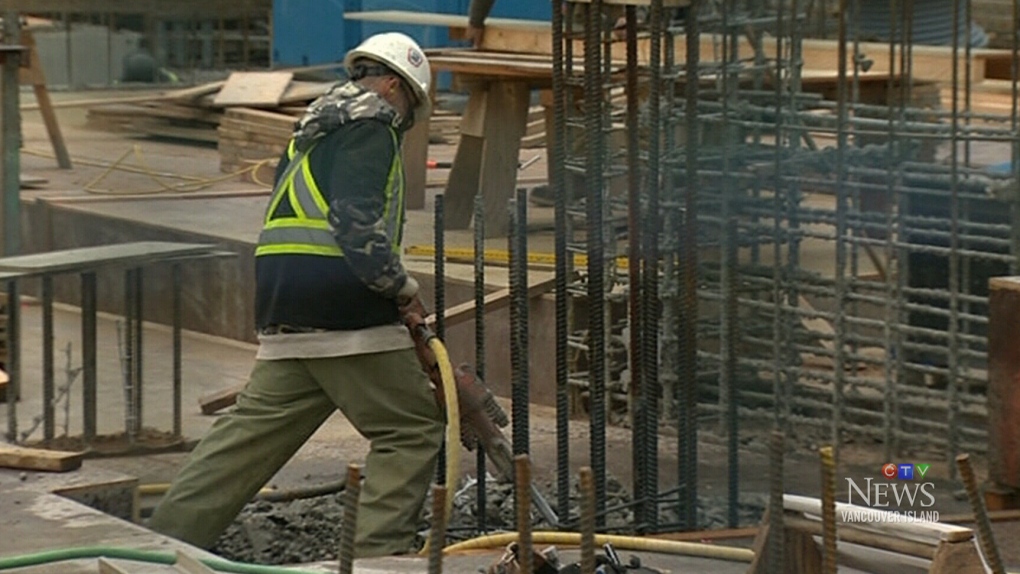 Victoria city staff tell CTV News that the pace of major development applications in 2021 is the highest they have ever seen.
Victoria -

The success of Vancouver Island's construction industry might also be its post-pandemic downfall.

"I think we have what could be considered a perfect storm," said CEO of the Vancouver Island Construction Association, Rory Kulmala.

As the demand for large-scale developments boom, especially on southern Vancouver Island, the industry says major supply concerns and labour shortages will have an impact.

"That is going to reflect in itself much longer schedules and higher costs," Kulmala told CTV Vancouver Island on Tuesday.

The construction association says building permits for commercial, multi-residential and single-family homes have climbed year-over-year for the past half decade.

This year the association expects a 30 per cent increase in permits from 2020, which would represent a record year.

Multi-residential, or condo and apartment building permits, are the hottest sector.

As demand booms, an already stressed sector will no doubt bend under the immense pressure.

Market forces have hit the large-scale seismic upgrade hard, pushing it a year behind its projected completion date.

"Trades cannot guarantee tight schedules because of a shortage of workers and the supply chain is causing problems," said Soles.

What does this all mean for the average Vancouver Islander?

Vancouver Island's Construction Association says work will not stop, but getting things done will likely take longer and hit your wallet harder.

February's full snow moon will light up the sky over the next two nights, with the spectacle reaching full illumination on Sunday morning. But this year’s full moon was smaller than those of recent years. It’s called a “micromoon.”