Students at the University of Victoria held a rally in support of Iranian protesters on Wednesday afternoon.

The students were calling for regime change and for basic human rights following months of brutal crackdowns on anti-government protests in the country.

One UVic student who didn't want to be identified out of fear of retribution says it's difficult to watch the movement from afar.

"This is no longer a fight about hijabs," she said. "This is a fight for basic human rights."

According to activists in Iran, more than 400 people have been killed during the protests.

"Seeing all these bright, young individuals being murdered because they dare to stand up for what they believe in really makes me feel survivor's guilt that I get to be here in a country with all the freedom they aren’t afforded," said the student.

The demonstration at UVic was fueled by outrage over the death of Massa Amini, a 22-year-old who died in custody after being arrested by Iran's morality police because her hijab was allegedly too loose.

One student who moved to Victoria two years ago says it could've been her.

"Every time someone from the morality police passes by, I feel like I recoil in terror because what if they just push me in their van? What if I end up in jail?" said student Stareh Alipour Kashi. 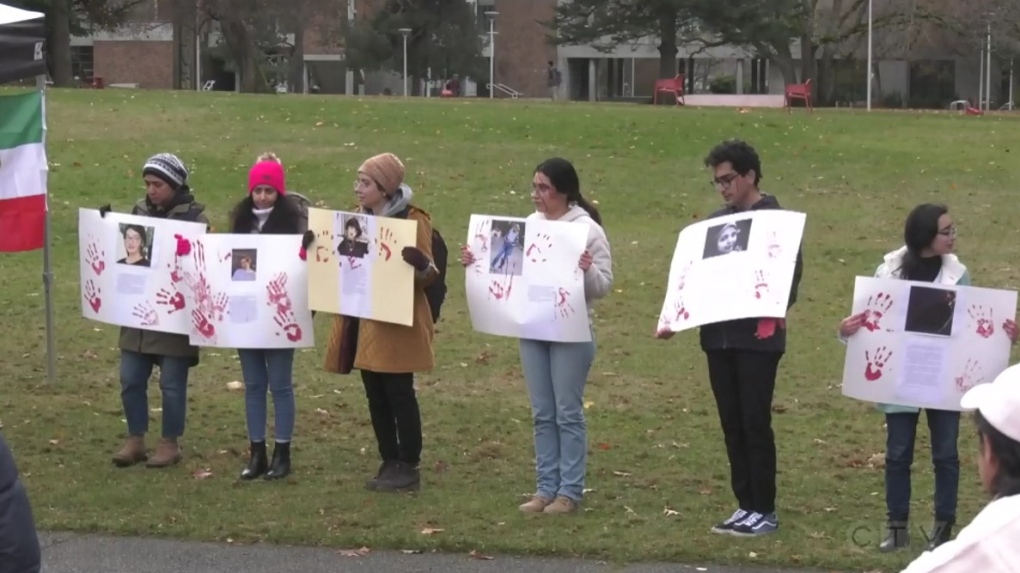 Amini is being mourned globally, with rallies forming in Canada, Australia, England, France and beyond.

There have even been clashes in Qatar, where World Cup attendees are showing their support for women in Iran, and facing pushback.

The unrest in Iran is weighing heavily on students at UVic, though people who were at the rally hope their demonstration shows the people of Iran that they are not alone, and puts more pressure on the government to change.

"I'm worried about my family, my friends, who live there and who cannot travel or they have hard time [leaving] Iran," said UVic student Arian Aminalroaya.

A senior aide to Japan's prime minister is being dismissed after making discriminatory remarks about LGBTQ2S+ people.