A large piece of land estimated to be worth millions of dollars in Parksville, B.C., is being turned over to the Nature Trust of B.C. and the Snaw'naw'as First Nation.

Some 71 acres of land beside Top Bridge Regional Park is being gifted to the two groups by construction company Emil Anderson Group.

The parcel will be named the Emil Anderson Legacy Forest and is valued at more than $5 million.

The land, which is located near the Englishman River, has been untouched since the construction company purchased it in 1960.

Emil Anderson Group says old-growth trees and salmon-spawning grounds are located on the land, and the company wants to make sure the ecological sites are protected moving forward.

"To know that the Nature Trust with the local First Nation will care and preserve this land in perpetuity, it's a wonderful feeling," said Michael Jacobs, chairman of Emil Anderson Group.

The Snaw'naw'as First Nation will oversee the long-term conservation of the land.

"Our responsibility is to our children and grandchildren and those yet unborn," said Snaw'naw'as First Nation council member Christopher Bob.

"The protection and conservation has always been our responsibility," he said. 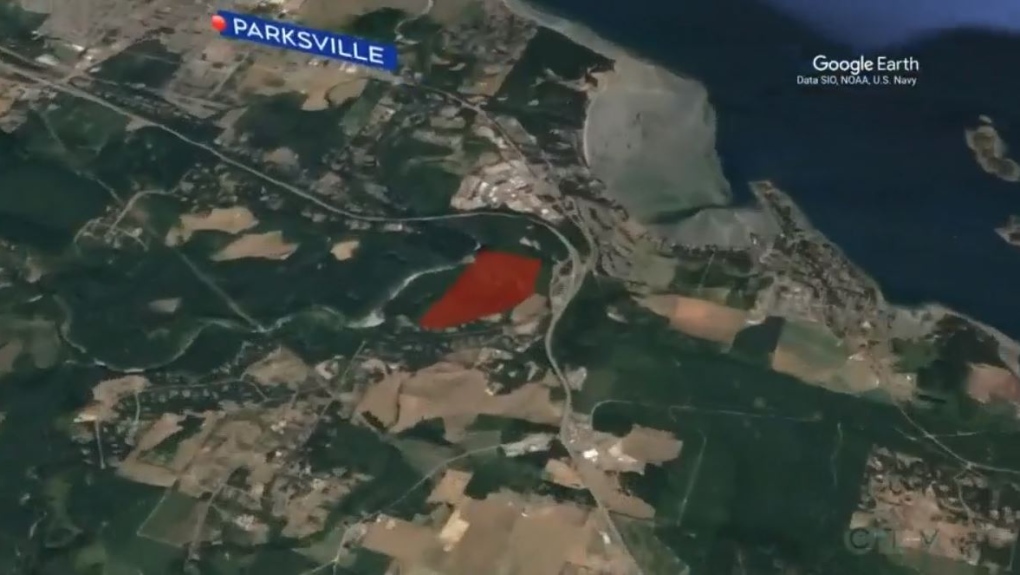 The location of the new park land is pictured. (CTV News/Google Earth)

Lawyers for 'Freedom Convoy' organizers have won their bid to get access to unredacted versions of 20 documents at the Public Order Emergency Commission.

Pain relief from marijuana comes from a belief it helps, study finds

Some people suffering pain from cancer and other chronic diseases turn to marijuana to ease their suffering, but much of that relief may come from simply believing weed will help, a new study found.