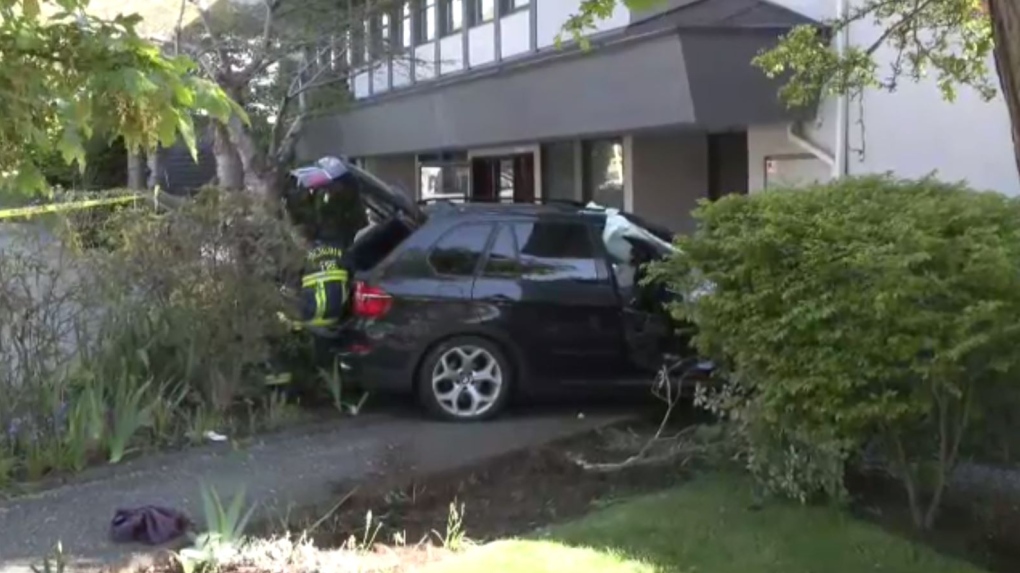 Four people were taken to hospital with serious but non-life-threatening injuries after a three-car collision near downtown Victoria on Tuesday.

The crash occurred at the corner of Quadra Street and Fairfield Road at about 4:30 p.m.

Paramedics were seen taking at least two people away from the crash site by ambulance immediately following the collision.

A dog was also removed from the vehicle after it crashed into the side of the Canadian Red Cross Society building.

Police say the driver of an SUV suffered a medical incident before striking two cars, a pedestrian and then the building.

The driver and two passengers, along with the pedestrian, were all transported to hospital with serious but non-life-threatening injuries, police said Wednesday.

The area remained closed to traffic for several hours while collision analysts investigated.

Anyone with information about the crash is asked to contact Victoria police at 250-995-7654.