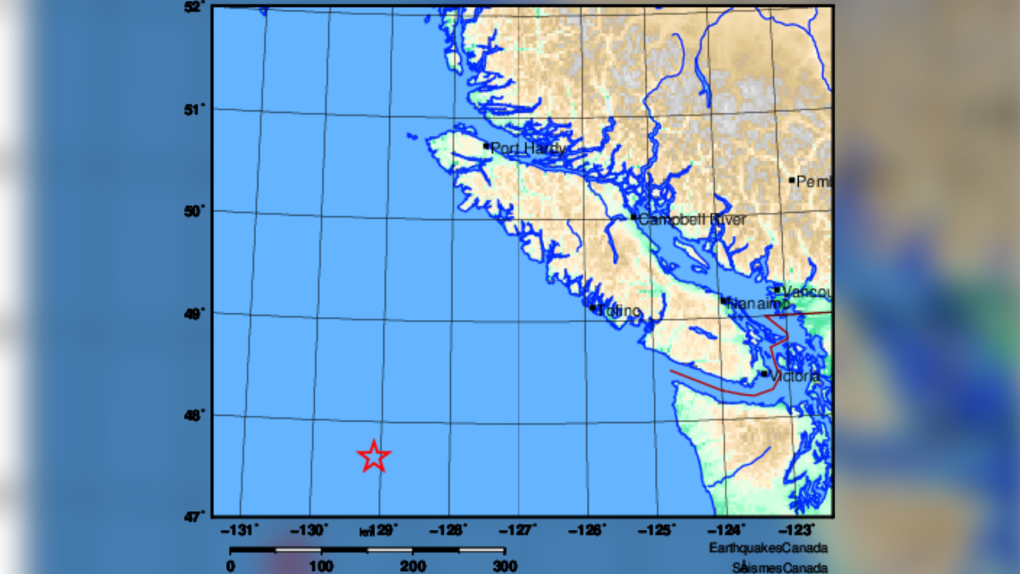 Only a few people in B.C. reported feeling a 4.0-magnitude earthquake that rumbled several hundred kilometres off the coast of Vancouver Island early Thursday morning.

The earthquake was recorded around 5:10 a.m. about 288 kilometres southwest of Tofino, B.C., and 435 kilometres west of Victoria, according to Earthquakes Canada.

The earthquake occurred at a depth of about one kilometre in the Pacific Ocean.