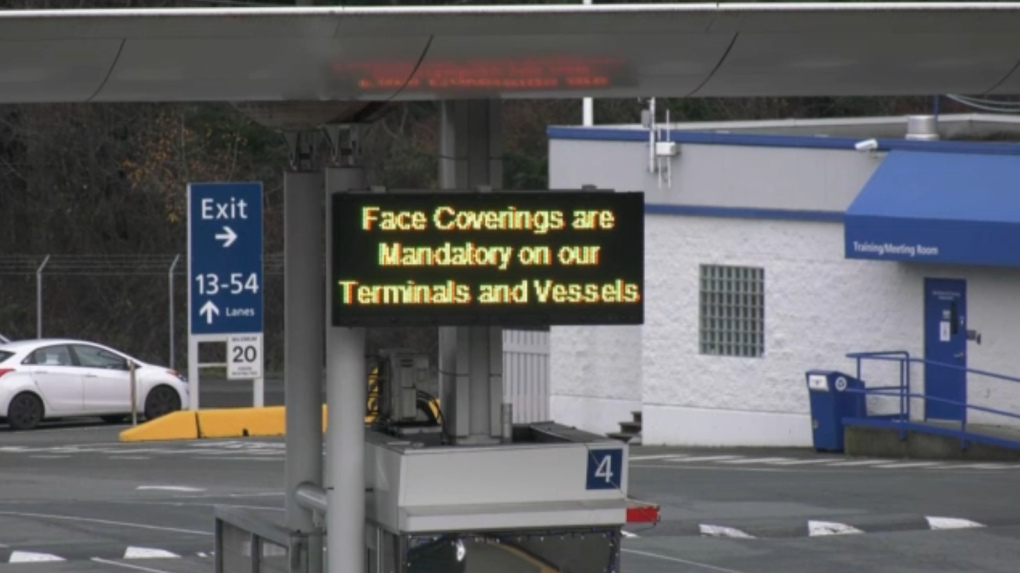 Three men from the Lower Mainland were arrested last week after refusing to wear face masks on a BC Ferries vessel bound for Vancouver Island. (CTV)
Vancouver -

Three men from the Lower Mainland were arrested last week after refusing to wear face masks on a BC Ferries vessel bound for Vancouver Island.

The incident occurred on the 7 p.m. sailing from Tsawwassen to Swartz Bay on Friday, Sept. 24, according to Sidney-North Saanich RCMP.

Officers were called to meet the ferry when it arrived at the terminal, police said.

"It was reported that the men were threatening to fight other passengers after they were confronted by passengers and directed by BC Ferries officials to wear the provincially mandated masks."

The arrested men were released and are scheduled to appear in Victoria provincial court in December, Sanchez said. In the meantime, their release conditions include a ban on visiting any BC Ferries properties.

The three men will be charged with mischief, Sanchez said, adding that police are still investigating to determine whether further charges - such as uttering threats or assault - might be warranted.

Sanchez said police have seen a significant number of calls related to people refusing to wear masks in places where they're required. They advise members of the public not to confront such individuals, but rather to call police, he said.

"Lately, we have seen individuals who have been confrontational when asked to put on masks," Sanchez said.