2 taken to hospital after City of Victoria truck stolen, crashed onto sidewalk

VICTORIA -- Two people were taken to hospital Wednesday morning after a City of Victoria work truck was stolen and crashed onto a downtown sidewalk.

A city worker who tried to intervene in the theft was reportedly dragged by the stolen vehicle and was one of those taken to hospital.

Victoria police were called to the 900-block of Pandora Avenue at approximately 4:20 a.m.

Officers were told that bystanders there were attempting to restrain someone related to a single-vehicle crash.

Police say a man tried to steal a Victoria work truck in the 900-block of Pandora Avenue but a City of Victoria worker intervened to stop him. 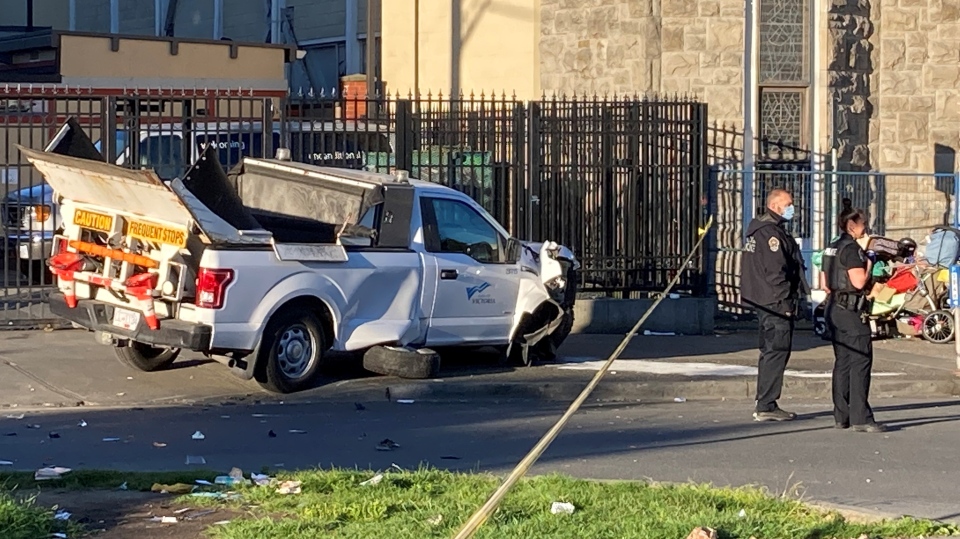 The vehicle crashed into a streetlight and drove up onto the sidewalk before the suspect attempted to flee the scene.

Police say several bystanders –including staff from the nearby Our Place Society, according to witnesses – restrained the man until police arrived and arrested him. 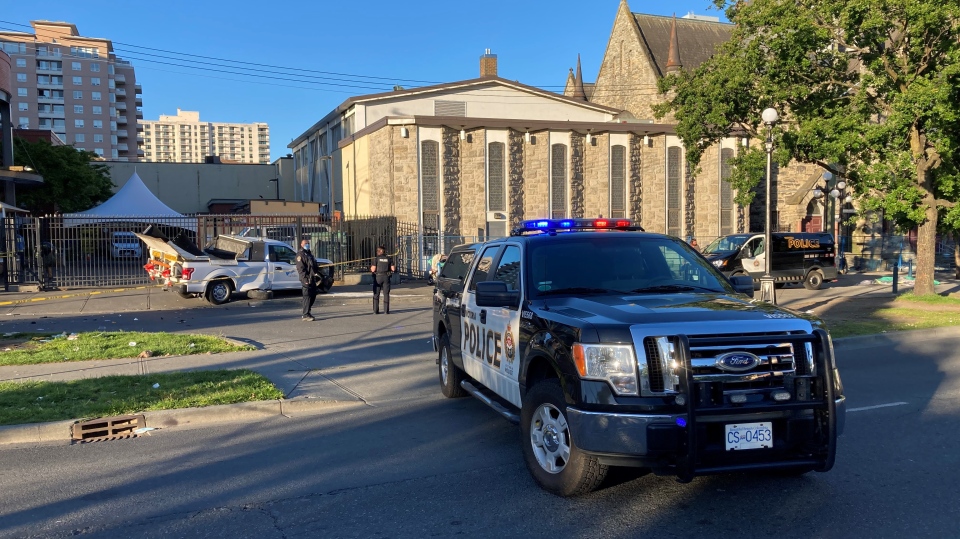 The suspect and the city worker were taken to hospital with non-life-threatening injuries.

The city worker was discharged from hospital later Wednesday morning, but the status of the suspect is unknown.

The wreckage of the city vehicle remained on the sidewalk outside Our Place Society. The truck’s front end was heavily damaged and the passenger-side front wheel was sheared off and lying under the vehicle.