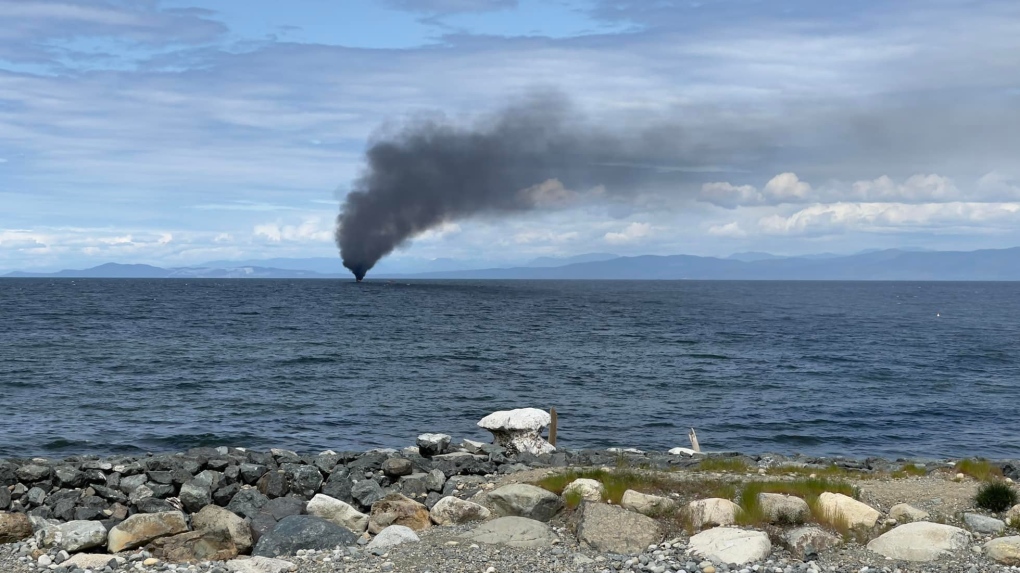 The fire was reported around noon Monday. (Court Brooker)

Two people were rescued after their boat caught fire off Qualicum Beach, B.C., north of Parksville, on Monday afternoon.

Reports of the fire came in around noon, according to Maritime Forces Pacific (MARPAC) spokesperson Sub-Lt. Wilson Ho.

The Joint Rescue Coordination Centre in Victoria dispatched the Canadian Coast Guard's fast response craft, French Creek One, to the fire aboard a 12-metre vessel.

Once there, emergency crews picked up two people from the burning vessel, according to Ho. The pair were then taken to paramedics on shore for assessment.

According to the coast guard, the boat was located about one nautical mile away from shore. 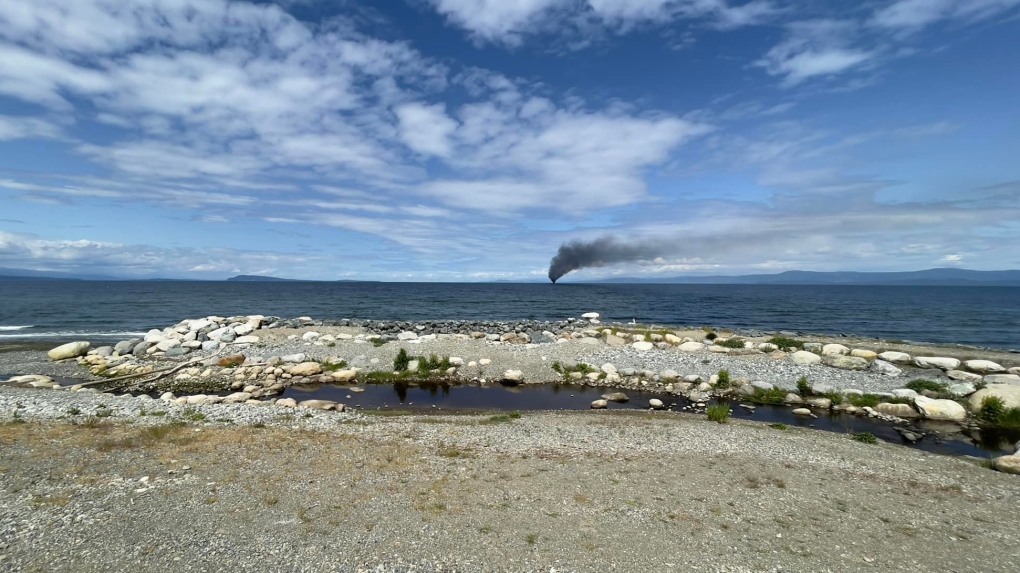 The fire was reported around noon Monday. (Court Brooker)

The vessel had about 1,000 litres of diesel on board, as well as three propane tanks.

The boat burned for most of the day before it sank in 300 feet (90 metres) of water Monday evening, according to the coast guard.

Coast guard members reported that most of the fuel onboard had burned throughout the day, and that there was a "minimal non-recoverable sheen" around 8 p.m.

A coast guard environmental response team is back in the area Tuesday to monitor for fuel leakage from the remains of the boat, according to Ho.

The coast guard says it's currently unclear how the fire started.

British Prime Minister Boris Johnson finally succumbed to political reality Thursday and agreed to resign after the latest ethics scandal around his leadership led some 50 senior lawmakers to quit the government.

Brittney Griner trial in Russia resumes amid calls for U.S. to strike deal

Jailed American basketball star Brittney Griner returns to a Russian court Thursday amid a growing chorus of calls for Washington to do more to secure her release nearly five months after she was arrested on drug charges.