From the moment a volunteer team from Langford crossed the Ukrainian border, it became real for them. Life in a warzone doesn't come to a halt when you live in Ukraine.

Langford Mayor Stew Young and retired fire chief Bob Beckett were part of a four-member team on a humanitarian mission to Ukraine.

The goal was to help disperse the more than $500,000 worth of supplies and aid equipment raised in Langford for Ukrainians displaced by the Russian invasion.

"I thought they'd be a little more scared, but they're not," Young told CTV News. "They're just going about their daily lives as best as they can."

When the volunteer team sat down for dinner, the reality rang out.

Air sirens began to ring out in the City of Lutsk in western Ukraine.

The team's hosts said they were "something we hear every day." 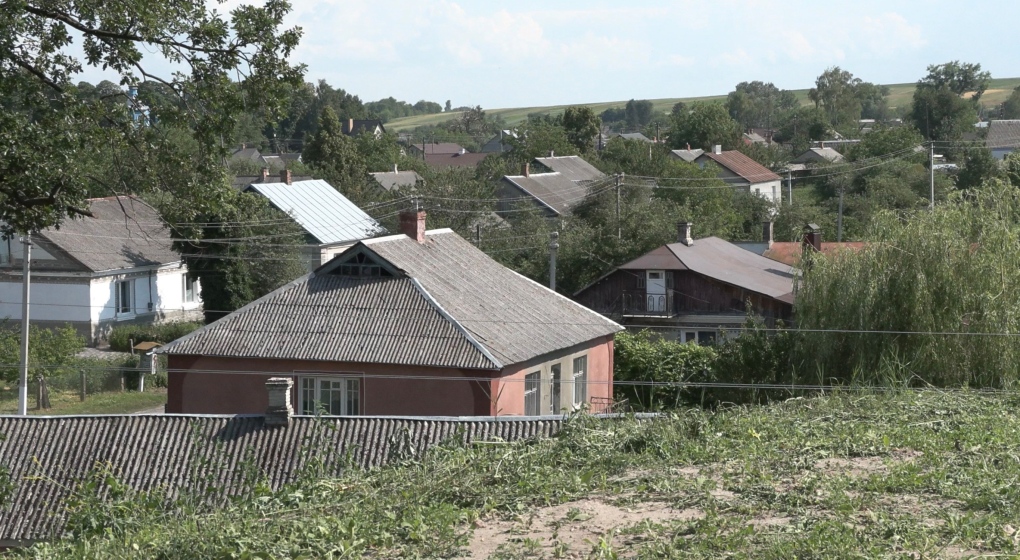 The Olyka region just outside of Lutsk is pictured.

Volunteer videographer Brendan Strain was at the table when the sirens went off.

"It goes off on their phones and they explain to us, 'This is what we hear once or twice a day. We don't know where the bombs are coming from or where they're going to land,'" he recounted.

In Lutsk, no one heads for the bomb shelters anymore. So, the Canadian contingent did like their hosts do and finished their meal.

"They were nonchalant about it," said Young. "One-hundred-sixty missiles were launched while we were there."

Svitlana Makhnovet was the volunteer team's interpreter for the trip. She said life in Lutsk is managed day-to-day.

"Now when I go to the supermarket and, say, pasta is on discount, I don't buy two. I don't buy too much in case I will be killed in my sleep. I won't need it," she told the team.

Langford has signed sister city agreements with four cities in the region with the intention of doing more.

"I wish they could go there and see what we saw," said Young. "It actually changes you. It changed me."

The people they met are afraid other countries will forget the conflict that's upturning their lives.

"They're concerned about the rest of the world losing interest in their cause," said Beckett. "They're just like me and you."

Salman Rushdie, the author whose writing led to death threats from Iran in the 1980s, was attacked Friday as he was about to give a lecture in western New York.