The B.C. government has awarded a Nanaimo-based company a $14.9-million contract to repair the Malahat highway after sections were seriously damaged during storms in November.

Windley Contracting is expected to begin repairs to the highway this summer in the Malahat Tunnel Hill area of the Trans-Canada Highway.

The repairs include restoring a 50-metre stretch of the highway's northbound lane north of Finlayson Arm Road, and replacing an 80-metre long retaining wall.

Crews will also repair existing drains and ensure slope stability against future extreme rain events, according to the province. 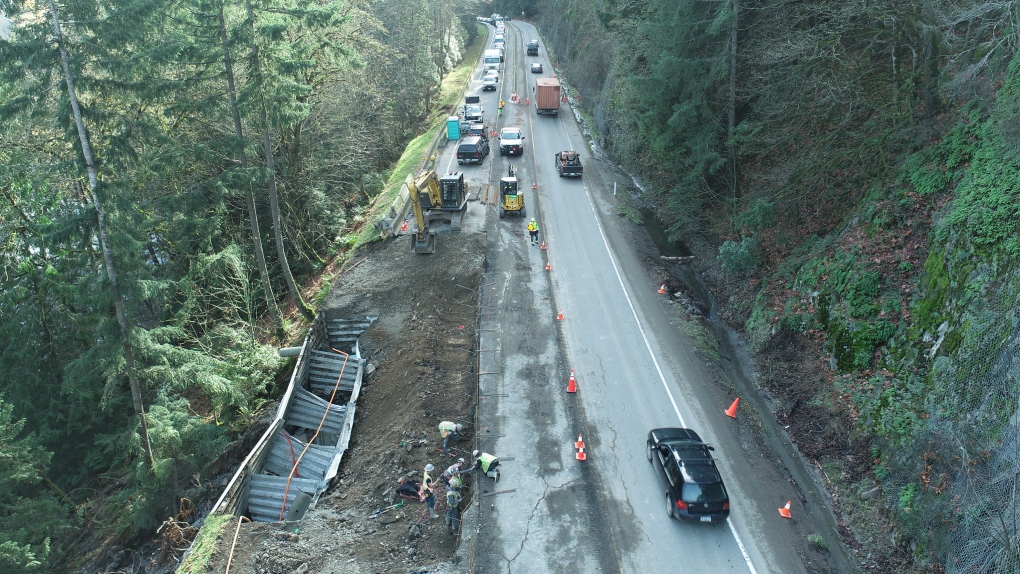 The province says construction will take place at night whenever possible, and that warnings will be issued ahead of any traffic disruptions.

Traffic disruptions may include bringing the highway down to single-lane alternating traffic, or full closures.

Construction is expected to last about a year, until summer 2023.

"The Malahat is a critical connection for residents, businesses, emergency services and the transportation of goods between the Mid-Island and the Capital Region," he said. 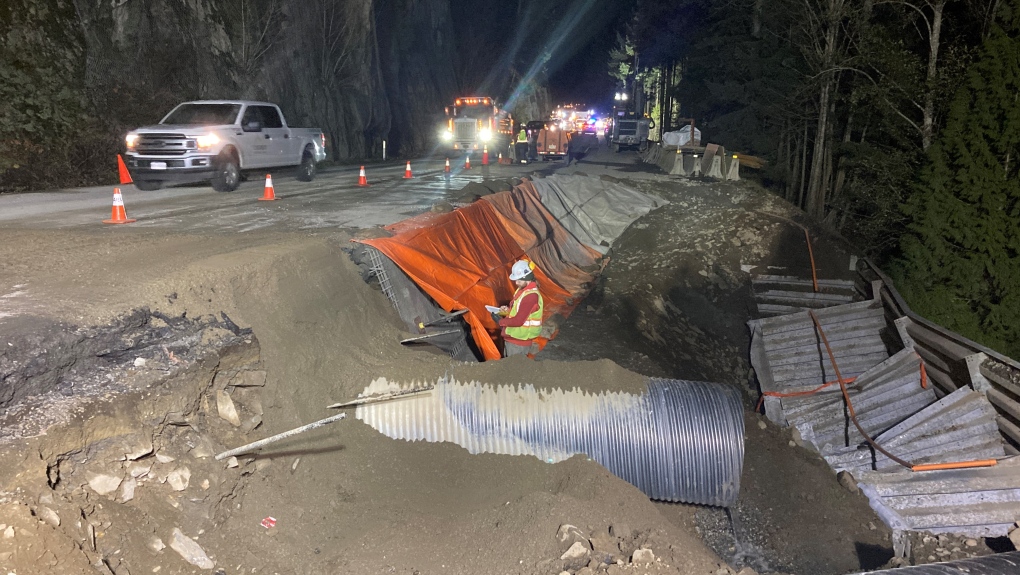 Repair work was underway on the damaged Malahat highway on Vancouver Island on Wednesday, Nov. 17, 2021. (BC Transportation/Twitter)