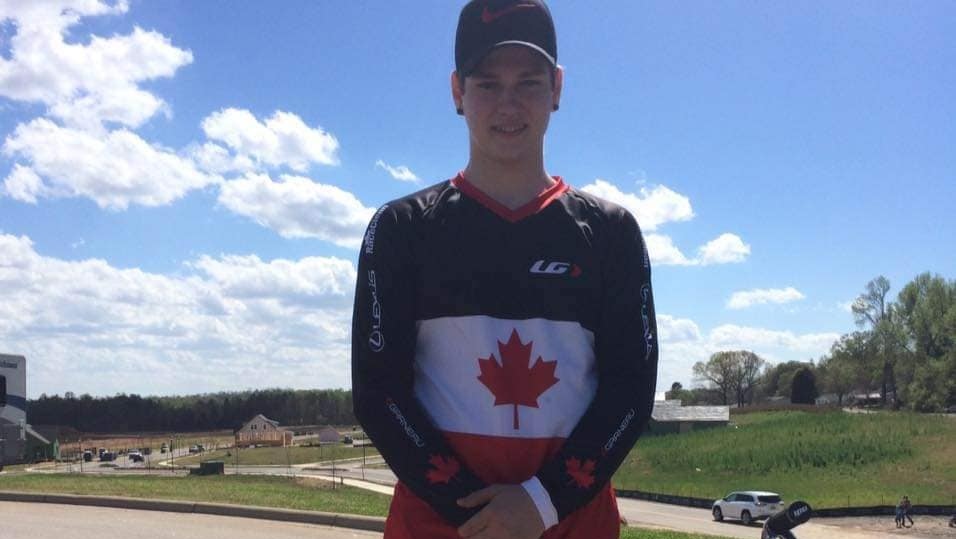 Aidan Webber is remembered as a 'constant figure' in Nanaimo's BMX scene and an 'amazing son, brother, rider and friend to many.' (Nanaimo BMX/Facebook)

A young Nanaimo BMX champion was killed in a workplace incident on a fish farm near Port Hardy on Sunday.

The BC Coroners Service confirms it's in the "very early stages" of an investigation involving a male in his late teens to determine how he died.

WorkSafe BC was notified of the incident at approximately 10:40 a.m. Sunday.

“Preliminary details we got at that time indicate it happened about 10 miles off the coast of Port Hardy and involved a fish pen, and we are investigating,” WorkSafe BC spokesperson Gillian Burnett said Tuesday. “If it’s a really complex investigation, it can sometimes take up to a year and a half [to complete].”

The RCMP were also notified.

Authorities aren't confirming the victim's identity, but posts on social media identify him as Aidan Webber.

Nanaimo BMX shared the news on its Facebook page, calling Webber a "constant figure" in the city's BMX scene and an "amazing son, brother, rider and friend to many."

Webber's own Facebook page shows that he was bestowed with the Steve Smith Memorial Award at the 2017 Nanaimo Sport Achievement Awards.

A profile of him on BMX Canada's website shows that he clinched a number of national titles. In 2018, he became the new national champion for junior men.