‘You are the problem’: Notes left on gas-burning Victoria vehicles 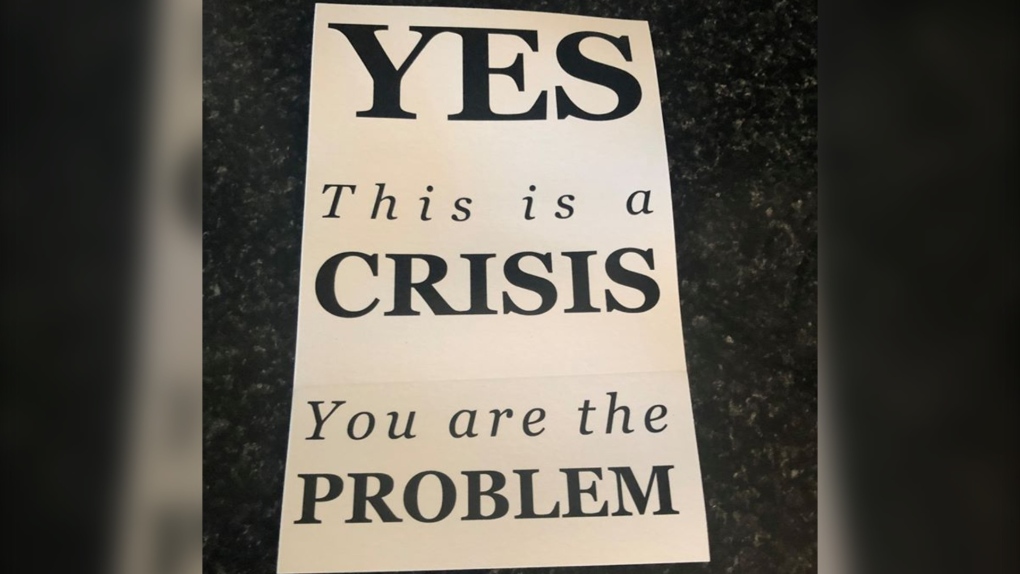 One of the flyers left on a vehicle in the Oak Bay neighbourhood on Sunday. (Chantal CB/Facebook)

VICTORIA - People living in Oak Bay and Fairfield woke up Sunday morning to find notes left on their vehicles blaming them for being part of a climate crisis.

It is not clear who left the notes on the vehicle but one resident took to social media to share the passive-aggressive “handbill” left on her car.

“Incredibly ignorant and condescending - how do they know I don’t do my best?,” said Chantal CB in a Facebook post.

The notes tell drivers, “you are the problem,” and that their “vehicle burns a lot of fuel.”

It also goes on to blame drivers and says “you have clearly missed the memo or don’t care.”

Chantal CB questioned if any of her neighbours received the same note and at least three other people said they had the same thing on their vehicle.

“We got one too,” said Leslie Wilson on Facebook. “No indication of who it’s from so really courageous comments.”

Another resident said a note was even left on their energy-efficient vehicle.

“We had one of these put on our reasonably fuel-efficient car,” said Erin Dallin on Facebook. “Yes — not as good as hybrid or electric, but also not a ‘gas guzzler’.”

Chantal CB said this type of note does not help a person be more responsive to the climate emergency, but does the opposite.

"It immediately puts the recipient on the defensive," she said.