The victim told police that she was sitting on the beach when a stranger approached her, punched her in the face, then fled the area towards Telegraph Bay Road.

“It was dark out and the incident happened very quickly,” said Saanich police Const. Markus Anastasiades in a release Tuesday.

“It was shocking to learn that this assault was unprovoked, and we’re working every angle to identify the suspect and then determine what the motive was,” he said. 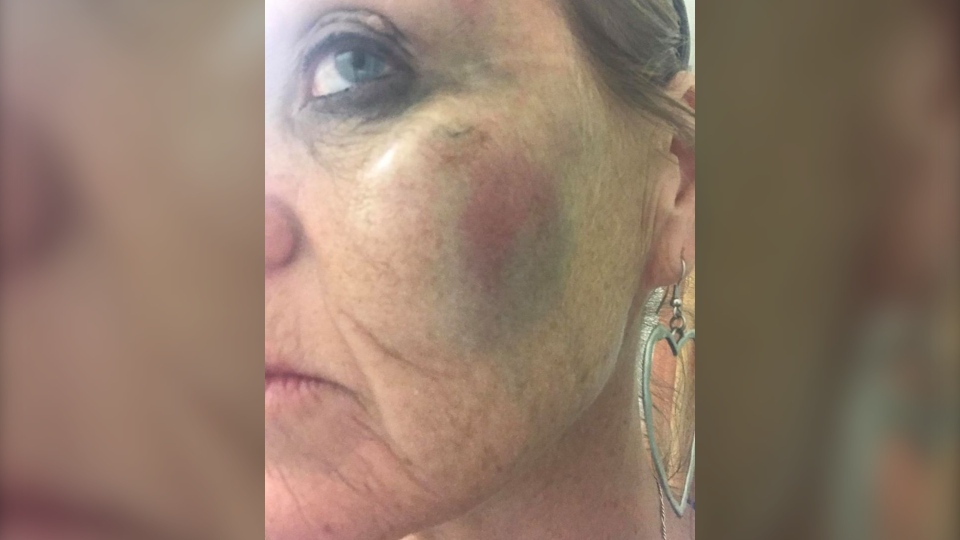 Kelsey Mitchell was at his home reading a local Facebook group, ‘What The Hell Just Happened,’ when he noticed a post about a woman hurt at Cadboro-Gyro Park on Monday night.

His mother had called him just a few minutes before saying she was heading to the same beach.

He tried to call his mom and went into panic mode frantically trying to get a hold of her.

“I called her again and she finally answered and she was freaking out on the phone,” said Mitchell.

His mother said she was “sucker-punched” by a stranger while sitting by herself on the beach.

“She was crying and had a big bruise on her face. Shaken up, startled, she didn’t really know what was going on,” he said.

Mitchell says it’s hard to believe something like this could happen on Vancouver Island.

“I’m absolutely shocked this is happening in our city,” he said. “She’s been going out for walks on the daily forever and nothing like this has happened. It’s completely shocking and makes me worried for her.”

Police are now asking for any residents in the Tudor Avenue, Telegraph Bay Road and Cadboro Bay Road areas to check their home security footage for anything related to the incident.

The man is described as wearing a dark coloured sweater, blue jeans and running shoes at the time.