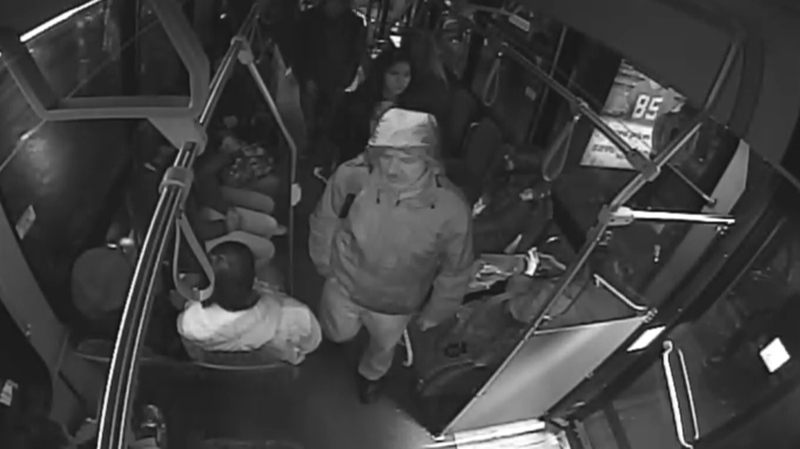 Investigators are searching for a man accused of sexually assaulting a woman aboard a BC Transit bus in Victoria Saturday, Nov. 11. (Victoria Police handout)

Victoria police are searching for a man accused of sexually assaulting a woman aboard a BC Transit bus over the weekend.

The woman was on a bus heading out of downtown Victoria Saturday night when the man boarded at Douglas and Fort streets some time before 11 p.m.

Police say somewhere between that stop and the stop at Douglas Street near Hillside Avenue, the man sexually assaulted the woman.

He got off the bus and was last seen fleeing east on Hillside Avenue, according to police.

The woman did not suffer physical injuries and police say the man was not known to her.

He's described as white, in his 40s, clean-shaven with an average build, and he's believed to have some acne scarring and blue eyes.

Police say he was wearing a dark-coloured zip-up hooded jacket, dark denim jeans and was carrying a black backpack.