VICTORIA -- Victoria police say the recent death of a woman in Beacon Hill Park has been ruled a homicide.

The Vancouver Island Integrated Major Crime Unit (VIIMCU) is now in charge of the investigation, after a woman was found unresponsive on the south side of the park on March 3.

VicPD officers and paramedics responded to the scene along Dallas Road at 6 a.m. Paramedics provided CPR on the woman, however their efforts were unsuccessful and she was declared dead.

Police say investigators determined that the incident was a homicide "early this week" and are now looking to speak with anyone who may have information.

Investigators are hoping to speak to anyone who may have dashcam footage or who was in the following areas between 11 p.m. March 2 and 5 a.m. March 3.

• The area of Fort Street and Foul Bay Road

A map of the places of interest can be found below: 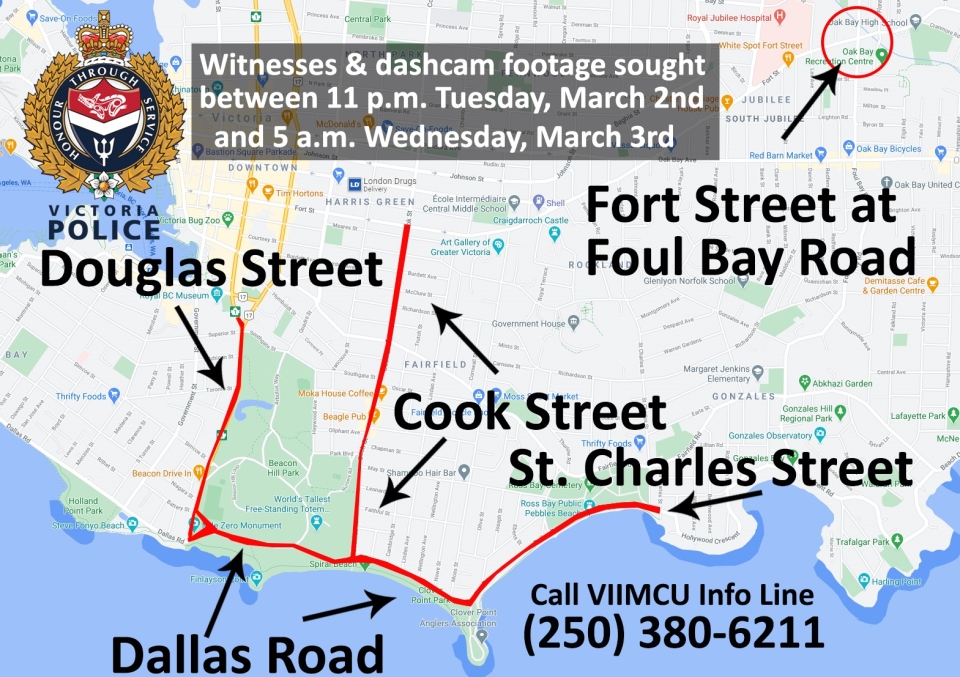 Police say they do not believe there is a risk to the public, though investigators are still working on assessing risks.

Police say the woman's death is not believed to be related to another recent death at Beacon Hill Park, which occurred when a van caught fire the following day.